You're Dead: Can Anything Stop the Army’s New M1A2C Abrams Tank? 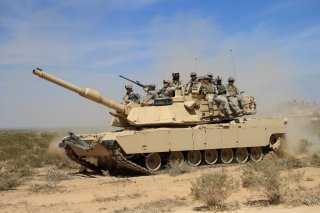 Here's What You Need to Remember: The cost of the new armor and Trophy APS is greater turret weight, which is likely going to be several tons heavier than what the M1A2 was designed for. This may result in problems with the turret motor, which will likely be upgraded (or is being upgraded) in the next revision of the M1A2C standard.