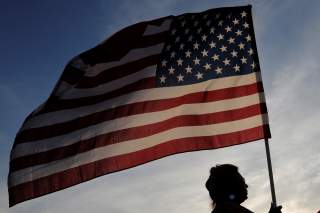 America is an empire and President Donald Trump is an emperor, at least that is how both behave. Why shouldn’t Washington swallow up the self-governing territory of Greenland with nary a nod to its people? Why shouldn’t the president cancel a trip because a foreign leader dared refer to his idea as “absurd”?

It is as if King George III still ruled. Indeed, anti-Federalists could claim vindication. It seems America eventually did end up with a monarchy. Although a term-limited, elected king, he is no less imperious than his British forebears.

The latest, almost comedic example was Trump’s public desire to buy a land not for sale and whiny decision to cancel his planned state visit when the Danes said no. Although his behavior was undiplomatic, some of his supporters were even more imperious, failing to even notice that there were some fifty-six thousand residents of Greenland who largely govern themselves.

Those commentators who considered the Greenlanders assumed that they could be bought off with promises of more investment, subsidies, and tourism, as well as membership in America’s “national family.” Yet a similar offer made by another government to residents of, say, Alaska or Hawaii, would be viewed as highly insulting by most Americans.

Moreover, why would Greenlanders want to submit themselves to the U.S. imperium? Today the island is governed rather like America’s states once were: by locals with only a light national touch. Joining today’s “national family” would mean submitting to the rules and regulations of Washington, DC. That would mean suffering through a painfully dysfunctional political system. One can love America while acknowledging its faults.

Moreover, being absorbed by the United States would result in micromanagement of much of life that should be left to individuals, families and communities. Ironically, though Denmark and its Scandinavian brethren are often derided by Americans for being “socialist,” these countries typically balance more extensive economic redistribution with more efficient, market-friendly regulation. Lightly populated Greenland might not like direct rule by Washington, DC.

Perhaps even worse, when it comes to international affairs these days America’s “national family” is a highly aggressive, brutal, sometimes almost Manson-like. As the president’s contretemps with Copenhagen demonstrates, Uncle Sam does not like to be told no. Canceling a trip is a minor sanction, however. More seriously, Washington routinely initiates economic war against other governments which resist its dictates—currently Cuba, Iran, North Korea, Russia, Syria, and Venezuela, most dramatically. These governments are malign, but no more so than many regimes backed by the United States. Moreover, average folks in these countries suffer the most from American sanctions. Washington even targets its allies to force them to adhere to Washington’s policies, such as against Tehran.

War is a blunter and more catastrophically counterproductive policy. Denmark once was a military power, but those unfortunate days are well behind it. Not so for America. Unfortunately, it took only a few decades after its founding for military power to become a dangerous temptation for Washington. The attack on Mexico and seizure of half that nation; the unjustified war against Spain and then the Filipino people, beginning an era of so-called salt water imperialism. The unconscionably stupid decision to enter World War I in an attempt by the arrogantly sanctimonious President Woodrow Wilson to reorder the globe. (In contrast, in 1914 the Danes had the good sense to stay out of the looming imperial slugfest, which killed as many as twenty million people, destroyed four kingdoms, and nearly bankrupted many of its other participants.) America’s involvement led to an unbalanced peace agreement which helped trigger another, even greater war barely a generation later.

More recently, the United States spent years, many lives, and enormous wealth unsuccessfully attempting to impose weak, incompetent, and corrupt governments on the peoples of Afghanistan and Vietnam. At horrendous cost to others, Washington pursued regime change in Iraq and Libya. To rebalance power in the Middle East American policymakers spent decades aiding if not formally endorsing the al-Saud family’s misrule over the people of Saudi Arabia, Israeli oppression of Palestinians, successive brutal military dictatorships in Egypt, and even Saddam Hussein’s bloody aggression against Iran. Perhaps madder still were interventions in horrid civil wars of little direct consequence to America: Lebanon, Libya, Syria, and Yemen. There is no good answer to the question, why are American lives and resources being wasted and the country’s reputation being soiled in such conflicts?

Also dangerous are tripwires with which Washington has littered the globe. World War II has been over for 74 years and democratic European states have raced past Russia in economic strength and population. Yet Americans remain the preferred sentinels for NATO members, especially the newest members. Exactly what Montenegro and Macedonia have to do with U.S. security is not obvious. Georgia and Ukraine would bring war with Russia into the transatlantic alliance. However, America’s imperial capital is filled with advocates of making them all U.S. defense dependents.

Yet the impact on Greenlanders should be the least important issue for Americans. There are bigger concerns. For example, why would those who believe in the best of the nation—that it is the “land of the free and home of the brave”—want to ever-enlarge it, incorporating peoples who may have very different visions of national life and purpose? That doesn’t mean their views are bad, wrong or evil. Rather, there is no reason to yoke ever more people together politically, especially as the resulting entity loses human scale, leaving a vast chasm between ruled and rulers.

Consider the ruthless, winner-take-all nature of American politics today. The common desire is not so much to be left alone, but to impose one’s will. No doubt, the Electoral College and Senate have undemocratic impacts, yet their advocates not so unreasonably see such institutions as a last defense against mass mob rule. Rather than battling brutally, and likely futilely, over changing the rules, decentralizing power would be a better approach. And reducing, rather than aggrandizing, the mass being governed.

Eloquent claims of “mystic chords of memory” are not enough to unite nearly 330 million people into a genuine “national family.” Dramatic differences divide red and blue, rural and urban, coastal and inland, and rustbelt and suburban America. Rather than dreaming about adding more, vastly different members to what increasingly acts like a disconnected empire, policymakers should focus on fixing what already is.

Too many Americans imagine a country very different than the one experienced by those on the receiving end of its attention elsewhere in the world. America’s virtues are real and great, but so are its faults. If it enhanced the former and addressed the latter, it would find its influence increased and objectives advanced abroad. But that would require abandoning the imperial sanctimony and hypocrisy that has come to surround U.S. foreign policy. Instead of constantly looking for new grounds of aggrandizement, Americans should return to the earnest republicanism that characterized the nation’s original vision.

Doug Bandow is a senior fellow at the Cato Institute. He is a former special assistant to President Ronald Reagan, the author of Foreign Follies: America’s New Global Empire.