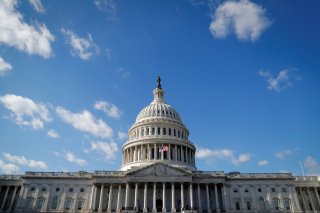 This month’s attacks on the Capitol confronted us with the dark forces of glorified violence and white supremacy that have—like it or not—always been at the center of the American experience. As we process what happened, we must grapple with the reality that these attacks stem from much deeper causes than a single election. Addressing those causes will take more than swapping out parts of our government. We may have to swap out parts of our national soul, too.

Many in the peace and security sector were raising alarms well in advance of the November election. The United States checked all of the boxes for political violence: an electoral process that is perceived as corrupt, compromised, or unfair; an incumbent’s fear of losing power; the use of threats to influence results; the spread of disinformation; and little or damaged institutional constraints. The Trump rally, just before the attacks, was merely a spark.

And there was a lot of political gunpowder. Decades of declining economic opportunity and cuts in social services have helped chip away at a core American expectation that each generation’s standard of living will be higher than the one that came before. This resentment—fueled by racism and hyper-partisan echo chambers—created what has been termed “lethal partisanship,” where harm against opponents is not only rationalized but explicitly supported. It was exactly this toxic brew of risk factors that turned into violence at the Capitol.

Condemning the attackers, many well-intended voices proclaimed, “This is not our America” or “This is not who we are.” This is not only false, but it’s dangerously self-defeating. Only by understanding the darkest parts of our national soul can we make sense of what happened on the Capitol that day and prevent it from ever happening again.

From the founding of our country, Americans have held a deep belief that violence is the most effective solution to our problems. Glorified as a national ideal and upheld by patriarchal norms, violence is promoted through ideas like “good guys with guns” make us more secure, all the way to “good guys with nuclear weapons” to keep the world safe. It is a flawed understanding of security that relies on force and domination, and is why nearly four thousand active nuclear weapons in the United States—which can be launched on the sole authority of any U.S. president—are still considered legitimate even at a time when the world just outlawed nuclear arms.

But it wasn’t just violence that was on display at the Capitol. White supremacy permeated the attack, with its calls to “take our country back” coming the same day as Black-led organizing and voter turnout resulted in hard-fought election victory in Georgia. The images of attackers walking in and out of the Capitol unharmed stands in stark contrast to images this past year when overwhelmingly peaceful Black Lives Matter protesters experienced violence by a myriad of state security forces.

But white supremacy goes deeper—and is far older—than this month’s waving of confederate flags or brandishing of anti-Semitic sweatshirts. White supremacy is seen in whose life is valued, whose story is believed, and whose security is prioritized, and how violence—painted as “good violence”—is meted out against people of color and their ideas, thoughts, beliefs, and actions. As American essayist Elaine Scarry notes, “the list[s] of geographies where US presidents have contemplated launching a first strike...where the United States has tested its bombs, and...countries that the United States condemns for their aspiration to acquire nuclear weapons” expose the racist underpinnings of our policies.

The idea that the Capitol attacks “are not who we are” is manifestly wrong. The flawed American exceptionalism, as women’s rights advocate Diana Duarte claims, cannot be sustained without American amnesia. Despite its flaws, our country has a long, proud history of working towards justice. Acknowledging the dark parts of our national soul—not ignoring them—and then working to change society despite them is what will bring justice. Anything short of that would be an abdication of our responsibility to create a more perfect Union.

Michelle Dover is Program Director at the Ploughshares Fund