China Is Interfering in the 2020 Election. Beijing Wants Trump to Lose. 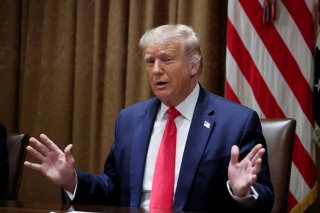 As the 2020 election approaches, there is growing agitation about possible foreign influence or outright meddling and disruption. Once again, Russia is the principal target of both Democratic Party activists and the mainstream media. That obsession continues even though both the FBI’s Crossfire Hurricane investigation and Special Counsel Robert Mueller’s subsequent investigation failed to find credible evidence that Donald Trump’s campaign illegally colluded with Moscow to affect the 2016 election. Indeed, new accusations are flying that the Russians are meddling to promote Trump’s re-election. Although why Vladimir Putin’s government would wish to do so, given the Trump administration’s actual record of adopting surprisingly hardline policies toward Moscow, remains a mystery.

Strident allegations about crude Russian schemes are overblown, and usually seem motivated by cynical partisan considerations. Broader concerns about foreign influence with respect to America’s politics and foreign policy, though, have considerable merit. The problem is not new, and Russia is by no means the only overseas power involved. Other countries, including Turkey, Israel, and other U.S. allies in both Europe and East Asia, have played the influence game for decades, including by establishing close connections with American media outlets and think tanks, with considerable success.

One of the more recent players is the People’s Republic of China (PRC). Beijing’s first major foray into America’s politics was an attempt to promote Bill Clinton’s re-election in 1996. The PRC’s influence campaigns, especially those designed to shape media accounts about China’s foreign and domestic policies, have become much more extensive since then. Yet while concerns about Russia’s behavior remain front-and-center in Congress and the media, far less attention has been paid to China’s efforts.  That attitude is both hypocritical and myopic.

The double standard and blinkered response was evident again in August following an intelligence report about possible foreign interference in the 2020 campaign. The report stated that Russia wanted President Trump to be re-elected and was adopting some initiatives to further that objective.  But the analysis also looked at the activities and goals of countries such as China and Iran. It concluded that both Beijing and Tehran considered Trump “unpredictable “ and viewed a victory by Democratic Party nominee Joe Biden as more palatable. There was little that was surprising about either conclusion.

However, news stories and opinion pieces in the mainstream media rarely mentioned the latter point, or they spun it as a mere passive “preference” on the part of the Chinese and Iranian governments. Reporters and pundits stressed that the new analysis was the latest confirmation of Moscow’s use of active measures to secure Trump’s re-election.  Hosts on CNN and MSNBC repeatedly gave platforms to Democratic Party figures, such as Speaker of the House Nancy Pelosi, to emphasize the alleged distinction between Russian and PRC conduct.  Pelosi asserted that “Russia is actively 24/7 interfering in our election. They did so in 2016, and they are doing so now.”  She wouldn’t even acknowledge that Beijing actually preferred Biden, merely that U.S. intelligence agencies had reached that conclusion.  “[W]e don't know that, but that's what they're saying.”  In any case, Pelosi contended, the Chinese are “not really getting involved in the presidential election.”  Most of the television and newspaper coverage conveyed the same message.

The distinction between active Russian measures and a passive Chinese preference was factually incorrect. The pertinent passage from the statement by NCSC Director William Evanina read: “China has been expanding its influence efforts ahead of November 2020 to shape the policy environment in the United States, pressure political figures it views as opposed to China’s interests, and deflect and counter criticism of China.”  That assessment certainly indicated something more than a “preference.” Another report insisted that the Chinese consulate in Houston, which the Trump administration ordered closed in July 2020, was not only a center for electronic espionage, it headed an operation to identify potential recruits for Black Lives Matter demonstrations. The consulate allegedly even supplied videos instructing activists on organizational techniques for such demonstrations.  Again, such measures were at least comparable to Russia’s alleged efforts to sow greater social and racial divisions in the United States.

Yet Democratic Party leaders and most mainstream media figures have continued to minimize or ignore the implications of the intelligence community’s assessments of Beijing’s behavior. Such indifference irritated RealityChek blogger Alan Tonelson. His article in the American Conservative made the case that Beijing’s tactics to influence U.S. politics and policy were both sophisticated and extensive. Indeed, he asserted that China’s meddling over the years exceeded Russia’s “by orders of magnitude” and left Moscow’s efforts “in the dust.”

Even if one argues that Tonelson’s conclusion is exaggerated, there is little question that Beijing’s influence strategies are somewhat more extensive than Moscow’s.  Just between 2016 and 2020, the PRC government and state-controlled publications, such as China Daily, paid American newspapers more than $11 million for issue advertising and the inclusion of inserts and supplements that are designed to mimic straight news stories. The American Conservative’s Arthur Bloom correctly notes that the figure was vastly more than the $200 thousand that Russia was thought to have spent on Facebook advertising prior to the 2016 election.

Such a disparity means that Americans should be more, not less, concerned about China’s influence efforts than they are about Russia’s. Greater overall realism also is badly needed. The professed shock about Moscow’s actions has been both naïve and overstated. All major (and some not-so-major) powers try to shape America’s politics and policies.  It comes with the territory of being the world’s strongest and most influential power whose decisions can have a dramatic impact on the interests and well-being of every other country. We just need to be aware of that reality and guard against attempts at undue foreign manipulation.