Could China's Belt and Road Lead to Its Undoing? 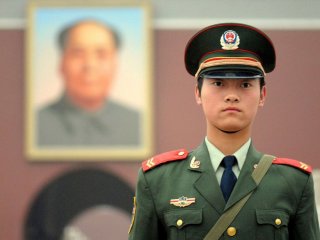 At the National People’s Congress last week, China announced its grand strategy to win in a post-pandemic world. While much of the media’s attention focuses on anti-democratic measures against Hong Kong, the more momentous steps may be China’s attempts to increase connectivity abroad and cultural homogeneity at home. Both are likely to backfire.

China’s signature foreign policy is the Belt and Road Initiative (BRI), a series of infrastructure projects by land and sea to link Asia, Africa, and Europe, which will cost an estimated $1.3 trillion. To this, China has now added a plan for a “Polar Silk Road” for faster arctic shipping routes. Arguably, China’s most consequential domestic policy is its attempts to impose greater cultural uniformity on its ethnic minorities. On the surface, these policies have made China stronger and more united. But scratch the surface and these plans are imprudent, the wrong wagers at the wrong time.

Why? Connectivity is politically neutral; it only accelerates and amplifies underlying trends. The same roads Rome built to conquer the world allowed the world to sack Rome. American help with German infrastructure projects neither pacified the country before World War II nor hampered its postwar pacifism. We live in a decentralizing age, where large states are getting rarer, more fragmented, and more introverted. Forging economic links and immense national identities cut against prevailing currents. China may row upstream for a time, but it will exhaust its strength without reaching its goal.

Instead of being a force multiplier for China, these policies will be force dividers for international and domestic reasons. Internationally, they are likely to lose friends and alienate states. Certainly, that will not be the case across the board; China is a powerful country, and that power will inevitably exert an attractive pull in many places. Yet magnetic attraction always brings repellent force, too; states tend to balance against power. Countries sympathetic to autocracy, dazzled by corruption, and indifferent to domestic oppression will align with China, but many others will not, and they will tend to be the more powerful states. Indeed, that process is already underway. Japan and India have announced their Asia-Africa Growth Corridor to counter the BRI, and politicians in places like Malaysia have won anti-BRI campaigns.

Domestically, present policies are likely to sour support for the Chinese government. Increased globalization is liable to fan the flames of Chinese nationalism and xenophobia. The same winds that have blown right-wing policies to success around the world blow in Asia. Spending princely sums in other countries and coercing fellow citizens are likely to alienate significant portions of domestic support. Money spent on the BRI is not spent on items that China lags on: healthcare and welfare spending. These threadbare policies already fuel discontent, and the pandemic has only underscored the problems. China lacks the party competition and institutional flexibility to recover quickly if it makes mistakes, and China just this month ratcheted up its centralized government.

China seems to be banking on two familiar logics that have not paid off recently. One is social: to know a country is to love it. By expanding the volume of interactions and exporting its culture, China will improve its soft power. But this has definitely not been true in Chinese provinces like Tibet or Xinjiang, nor has it been true farther afield in Kazakhstan, Kenya, or Zambia, where BRI projects are facing growing scrutiny, skepticism, and hostility. Similarly, the sponsorship of Confucian Institutes has done little to burnish China’s global brand.

The other logic is economic: the flag follows trade. By expanding economic exchange, so goes the story, China will gain influence over its trading partners and spread wealth through its unequal society. But that overlooks countervailing forces. Loans may go bust, economic contacts may curdle. The North American Free Trade Act and European Union have done many things, but they have not altered the underlying pecking order in North America or Europe. And if greater connectivity has not transformed those continents, why would Asia be different? By sheer virtue of size, China will have substantial regional influence, but more extensive networks will not dramatically change relative power, growth rates, or influence. Despite massive infrastructure spending over generations, Organization for Economic Cooperation and Development (OECD) countries are facing the highest levels of inequality in fifty years, and many face crises of legitimacy. Why would China be different?

Napoleon reportedly said, “never interrupt your enemy when he is making a mistake.” He ought to know. No one is more prone to error than those on a winning streak. Today, China is confidently making inroads to enforce conformity on its people and busily building roads to expand its political reach. Tomorrow, one of these may turn out to be the road to ruin.

Joseph M. Parent is Professor of Political Science at the University of Notre Dame,and Co-Director of the Hans J. Morgenthau Program on Grand Strategy. He is the author of Uniting States: Voluntary Union in World Politics, and coauthor of Twilight of the Titans: Great Power Decline and Retrenchment.

China's Belt and Road Initiative: Is It Really a Threat?