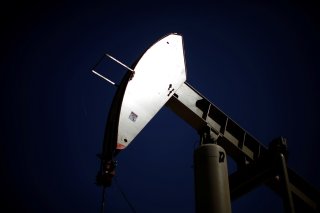 Secretary of State Mike Pompeo testified to Congress last week that a deal for an American company to develop Syria’s oil fields is in “implementation,” but the Syrian Kurdish-led administration denies that any contract has been signed.

President Donald Trump has long said that he wants to keep U.S. forces in Syria in order to “secure the oil” held by the Kurdish-led Syrian Democratic Forces. But the actual development of the oilfields has been mired in legal roadblocks and bitter competition for a contract.

Pompeo and Sen. Lindsey Graham (R–S.C.) hinted at a U.S. agreement to extract the oil during a hearing of the Senate Foreign Relations Committee last week, stirring up frantic speculation and driving a wedge between the Kurds and the Syrian central government.

Graham claimed that the Syrian Democratic Forces have “signed a deal with an American oil company to modernize the oil fields,” and Pompeo added that the deal “took a little longer…than we had hoped” and is now “in implementation.”

But the deal may not be as close to completion as Pompeo and Graham insinuated.

The Kurdish-led administration in northeastern Syria told the National Interest that no company has a signed contract yet.

“[M]any other companies such as Russian and American wanted to work in the region but [none] of them so far signed any contract with the Administration,” an official affiliated with the administration, who asked not to be quoted by name, wrote in a text message.

Ahed Al Hendi, a Syrian-American analyst who has worked closely with the Syrian Kurdish-led administration, confirmed that several issues related to any prospective deal have not been resolved yet.

“We are intending to study requests by many Russian and American companies to operate in north and east Syria,” Al-Mehbash said.

A Syrian Kurdish diplomat had confirmed to Al Monitor last week that a company called Delta Crescent LLC had an agreement with the administration, without offering any more details.

But the northeast Syrian official explained to the National Interest that Delta Crescent LLC only had a “license from the US,” not a signed contract, and was “still discussing it” with the administration.

U.S. citizens who want to deal with Syrian oil require a special license from the U.S. Treasury, due to economic sanctions on Syria.

Delta Crescent LLC. a newly-registered company with no public-facing website, could not be reached for comment. Several of its executives are known quantities in the energy and security industries, one of whom worked in Syria before the current civil war.

“The decision to allow an American company to operate is a good thing, but it is not finished yet,” Al Hendi wrote in Arabic. “Senator Graham and Pompeo rushed in their announcement, especially because the deal will not be complete without settling all the logistical issues in a legal manner.”

He confirmed that the company has a Treasury license, but explained to the National Interest that it is still unclear whether neighboring Iraq will allow the Kurdish-led administration to legally ship oil to the outside world.

The Treasury Department declined to comment on any specific license, citing concerns under the Privacy Act and Trade Secrets Act.

It was unclear why Pompeo and Graham announced an unfinished deal in such a high-profile way. The Kurds are currently in delicate negotiations with the Syrian central government, which has been sensitive about the status of natural resources outside its control.

Indeed, the Syrian foreign ministry called the rumored U.S.-Kurdish agreement “null and void,” “aggravated theft,” “an assault against Syria’s sovereignty,” and “a continuation of the U.S. hostile approach towards Syria,” according to the state-run Syrian Arab News Agency.

Al-Mehbash rejected these accusations, insisting that the northeast Syrian administration would only accept investment for the benefit of all Syrians.

Syria’s daily oil production plummeted from a prewar high of 385,000 barrels to only a few thousand barrels over the past few years.

Graham’s office did not respond to a request for comment. The State Department responded after this article was published, through a spokesperson who asked not to be named.

“​We are not involved in the commercial decisions of our local partners. However, as a general matter, we work to ensure that our sanctions are in line with our foreign policy interests and target the Assad’s regime [sic] continued violence against the Syrian people,” the spokesperson wrote in an email.

“The populations in areas liberated from ISIS make their own decisions on local governance,” the spokesperson continued. “Syrian oil is for the Syrian people and we remain committed to the unity and territorial integrity of Syria. The United States government does not own, control, or manage the oil resources in Syria.”

This article has been updated with a statement from the State Department.