The First DOD Audit Report: A Discussion with the Pentagon’s Comptroller 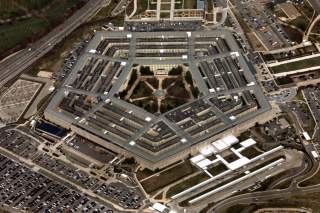 The U.S. Department of Defense’s multibillion-dollar budget is enormous, comprising over half of all federal discretionary (non-entitlement) spending. At a time of mounting federal debt and competing fiscal priorities, the Pentagon has, in recent years, faced growing bipartisan calls from Congress to comply with decades-old legislation that requires financial statements from all federal agencies. Since the 1990s, the Pentagon had begged off demands for a full department-wide audit on grounds that such an undertaking would be too costly and time consuming. No longer. Earlier this year, the Pentagon completed the first ever department-wide audit in its history, which was led by Comptroller and Undersecretary of Defense David Norquist. At a recent event at the Center for the National Interest, Norquist, who has served as acting Deputy Secretary of Defense since January 1, 2019, discussed the role of the audit in bringing financial “accountability, transparency and reform” to the Department of Defense (DOD). The discussion was moderated by Dov Zakheim, a former Under Secretary of Defense (Comptroller)/Chief Financial Officer in the George W. Bush administration (2001–2004).

At the beginning of his remarks, Norquist emphasized that the audit “is not a standalone issue,” but part of a broader DOD effort to implement the Trump administration’s National Defense Strategy (NDS). The NDS has three lines of effort, the third of which is reforming the department to achieve “greater performance and accountability.” The audit is a key element of that line of effort.

Each year, the DOD Inspector General conducts over 150 audits of the various components of the department. So what makes this one unique? Norquist emphasized that the department-wide audit is particularly valuable because it produces a financial statement, which provides a comprehensive “summary of what the Department owns and what it owes, and the financial and other transactions behind it; it presents DOD in the format like a commercial firm- [tabulating] assets, and liabilities.” The financial statement is critical for reforms because it is both comprehensive in its breadth, covering the entirety of DOD, and an annually recurring process. “Every year the auditors come back, they test for the same things across the scope of the Department. That level of emphasis and consistency is huge for driving change and reform. If you have a manual process that creates errors, and you want to automate it; it’s one thing to have an audit come through and point it out, but when that auditor keeps coming back, you get to see and measure the progress of the organization in fixing that problem,” exclaimed Norquist. This was a consistent theme that Norquist returned to throughout his remarks: the audit process is not simply a financial management exercise. Instead, it is an ongoing and recurring evaluative process that facilitates improved operational performance across the DOD.

The sheer size of DOD poses a challenge to auditors. The Pentagon has $2.7 trillion in assets, which is more than double the combined value of the total assets of Apple, Walmart, and the State of California, Norquist said. He described how one method for dealing with the challenge of auditing such an enormous organization was to “break the department in pieces” by dividing the task between multiple auditing firms, with one auditing the Army, another the Navy, another the Defense Logistics Agency, and so on. In total, the Pentagon brought in 1,200 auditors from different firms. Competition between firms was also critical for flexibility and cost-control. “If we had a single audit firm with a contract to audit the Department of Defense, you would never be able to replace them, and you would lose control of the price of the audit,” Norquist said. He stressed that not only was competition between the various audit firms key, but that competition between the different branches of DOD was also essential to advancing and expediting the audit process.

According to Norquist, the 1,200 auditors undertook assessments of “business systems, processes and activities; conducted 900 site visits over 600 different locations, and looked at hundreds of thousands of items. They would go to those tens of billions of transactions, they would go to databases of property, of inventory of equipment, they would pull statistically valid samples; they would verify count, location and condition of military equipment, real property and inventory. They would assess security system vulnerabilities in I/T systems” and examine the validity of Pentagon personnel records. The audit was comprehensive in scope, examining all Pentagon expenditures, including those allocated for Overseas Contingency Operations (OCO). In fact, no programs were “exempt from the scope and breadth of the financial statement audit,” said Norquist.

One unexpected finding is that the Pentagon has fewer usable facilities than previously assumed. As Norquist explained, the auditor found that a number of facilities listed as useable are not (e.g. uninhabitable Army barracks), prompting them to recommend that the department either demolish these installations, or acknowledge the buildings are not in working order. Improving the accuracy of departmental records will be critical to make informed decisions on issues such as base closures: “There are decisions that will come from this over time. . . . You get better data, you’ll have a more realistic understanding of your situation,” Norquist said.

A budgetary issue that Norquist sought to address, were reactions to a recent Pentagon Inspector General report, which found that DOD was unable to spend $28 billion in congressionally appropriated funds from 2013–2018. He stressed that this is a cumulative figure, which includes “money that is no longer able to be put on new contracts, but it is not currently on a contract or payment” and that covers at least five years of DOD activity from 2013 to 2018. Norquist observed that it is not unusual for large bureaucracies to spend less than 100 percent of their total allocated funds, and that “typically at the end of the year, you’ve spent 99.5 percent of the money and as the years go by contracts that were awarded for $100 end up getting closed at $97, $3 stays with the Treasury and so that number slowly creeps up.”

By providing more accurate records of the department’s finances, properties and inventories, the audit will help the department better manage its organization, infrastructure, and logistics, which will improve its ability to perform its mission. Moderator Dov Zakheim, a former comptroller, observed how far the department has come in the fifteen years since he occupied the role during George W. Bush’s first term. “When I was confirmed, one of the Comptrollers from the Caspar Weinberger era [1981–1987] said to me the only thing that matters is that you get the budget through the Hill. That’s how minimal financial management was considered.” In contrast to that era, there is heightened awareness that effective financial management is critical. “What David has done is literally moved a mountain,” concluded Zakheim, recognizing Norquist for his role in overseeing the enormous task of completing the first successful, department-wide audit in the history of the Pentagon.