The G7 Should Pressure China but Find a Solution with Russia 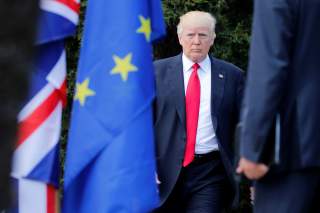 Another G7 summit impends, in Biarritz, France, with few achievements likely. Although the gathering might avoid last year’s dramatic photo of President Donald Trump staring down the other attendees, expectations are low. No effort will be made to draft a final statement, a first for the group, which began in 1975. Given the members’ divisions, the attempt would be “pointless,” observed French President Emmanuel Macron, who blamed “a very deep crisis of democracy.”

The G7 no longer has the heft it once had. Its members still dominate the world’s economy, but not to the same degree. During the 1980s, G7 members accounted for about 70 percent of the world’s GDP. That number now is below half. Moreover, the members have only about a tenth of the world’s population. And turning the G8 into the G7 by expelling Russia meant losing a member that was more important than its economic role alone would suggest.

Attendees this weekend also might have trouble making their decisions stick. The newly-installed British Prime Minister Boris Johnson might be out of a job in weeks. So could Canada’s Prime Minister Justin Trudeau, who trails in polls for elections in October. Meanwhile, Italy’s ruling coalition just collapsed and Germany’s long-serving Chancellor, Angela Merkel, is a lame duck. Finally, Macron endures even lower poll ratings than Trump, who faces an election next year. Only Japanese leader Shinzo Abe seems secure politically.

However, the G7 meeting offers the most important leaders of the most important Western nations an opportunity for serious discussions of important issues, conducted privately though not secretly. Indeed, this grouping has the advantage of being more personal, about the leaders, than institutional, about the countries. Members can more easily focus the meeting on what they want, irrespective of the formal agenda.

Even before the summit’s start, Trump roiled the proceedings as is his want by proposing that Moscow be invited next year to the meeting hosted by the United States. Trump apparently offered this without much diplomatic preparation and—rather like his off-the-cuff comment about buying Greenland before his aborted trip to Denmark—it sparked European opposition. However, Macron commented favorably on the idea, though adding that it would be a “strategic error” to do so before resolving the Russo-Ukraine conflict.

In fact, adding Russia is a surprisingly good idea. President Vladimir Putin, suspended in 2014, has not transformed himself into a liberal Western democrat. However, keeping him outside the club isn’t going to cause him to become one either. And Moscow’s permanent estrangement only serves the interest of China, an even more authoritarian, powerful, and dangerous opponent of Western liberalism to which Russia has moved closer.

Inviting Putin back into the club should be part of a process to achieve peace and stability in Eastern Europe and pull Moscow back from its embrace of China. Only compromise can prevent the divide from becoming permanent. This weekend, G7 participants should chat about options to simultaneously secure Ukraine and accommodate Russia.

For instance, the allies could drop plans for North Atlantic Treaty Organization expansion, limit military aid to Kyiv, and end economic sanctions. In return, Russia could abandon support for Donbas rebels in Ukraine, grant Kyiv full navigational access in contested waters, and stop using natural gas as a weapon. Both sides could eschew political interference in the other’s affairs—after all, America and Ukraine are not blame-free in this regard. Kyiv would be left to forge whatever economic ties it desired east and west. If the allies left Biarritz with a determination to reach such an agreement, its fulfillment could be celebrated with Russia attending next year’s newly-reinstated G8 enclave.

Moreover, G7 members should use their forum to develop a common policy to press Xi and the People’s Republic of China to respect human rights and international norms. The back-drop of mass protests in Hong Kong makes the issue particularly pressing. Even so, it is important not to inflate the threat posed by China. The People’s Republic of China faces significant economic, social, and political challenges, and poses no direct military danger to America or Europe. The problem for Japan is greater, but still limited mostly to a handful of contested islands.

However, Beijing’s widespread, sometimes brutal crackdown at home, increasingly threatening approach to both Hong Kong and Taiwan, and more aggressive stance toward territorial disputes challenge common Western interests and values. Members of the European Union and NATO, as well as the United States, have expressed concern over Beijing’s course. A united diplomatic stand by leading Western states would be more likely to temper the People’s Republic of China’s international behavior. This would especially be true if accompanied by a message of accommodation to Moscow which helped the latter see its interests better served by leaning West.

Brexit is likely to be decided one way or another by next year’s meeting anyway. But, the G7 summit provides an opportunity for informal meetings on how the United Kingdom, assuming it leaves, with or without an exit agreement, relates to both America and Europe. The fabled Special Relationship may be near the end of its life, but Washington and London still have reason to cooperate closely. Nevertheless, the UK’s positions on many issues remain closer to those of Europe. Constructing a new, positive, enduring relationship with London requires that the Trump administration not squeeze the potentially fragile Johnson government too hard.

Irrespective of the UK’s looming departure from the EU, Trump has made the U.S.-European relationship unnecessarily hostile. Although he is right to criticize the continent’s military dependence on America, the relationship remains important. It is in Washington’s interest to retain positive ties with Europe as well as the UK.

The forum also offers an opportunity to bring together many of the combatants in President Trump’s multiple trade wars. That could allow him to set priorities. For instance, the administration continues to threaten to sanction European automobile-makers and Japanese products as part of ongoing trade talks. Yet the economic battle with China, which reflects so much more than pure commercial concerns, deserves the most attention. Furthermore, joint action by America, EU, and Japan—toward Huawei, for instance—would have a greater impact on the People’s Republic of China.

Thus, summit attendees should discuss a common position on economic ties with Beijing. More broadly, these democratic and market-friendly nations should pursue a common trade agenda. Finally, a good place to start would be Trump’s idea of triple zero: no tariffs, non-tariff barriers, or subsidies. The G7 could encourage his rare pro-free trade moment.

Finally, Trump should use the meeting to advance his America-first foreign policy—a particularly useful effort with an election approaching—but without trashing the allies. Instead of publicly berating the Europeans for their anemic military efforts, he should privately prepare them for upcoming U.S. force withdrawals. How they responded would be left up to them. While beginning to shed—rather than share—defense burdens, Trump should emphasize that the U.S. plans to maintain a good relationship with its international friends. The change in approach would be subtle but critical: Washington would simply decide its own policies rather than attempt to control what its allies do.

If past is prologue, nothing much should be expected from Biarritz. However, it isn’t too late to use the time productively. Substantive talks would be more critical than sanitized communiques which even Macron admits that no one reads.