The Perils of Pulling Troops Out of Afghanistan 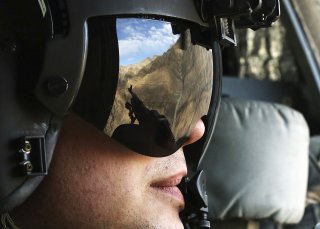 Acting Defense Secretary Christopher Miller says he plans to end the war in Afghanistan, potentially bringing nearly twenty years of conflict to a close and negotiating a peace deal or simply bringing the troops home, or both.

In a Nov. 16 memo to the force, Miller cited three specific goals, including a continued move toward great power competition, support for the National Defense Strategy and, perhaps most notably, “bring the current war to an end in a responsible manner that guarantees the security of our citizens.”

What if the effort did abruptly end, and introduce a measure of what some might see as needed finality to a never-ending war of questionable continued value? Has the Afghanistan effort accomplished anything? Various failed peace negotiations have led many to wonder that perhaps the Pentagon, and the country, would be much better served by leaving.

There is little doubt that the initial attack to destroy Taliban control of the country and of course prevent Al Qadea from operating there proved successful in a variety of respects. All would agree these war moves better secured America by diminishing and even largely destroying Al Qaeda’s ability to conduct terrorist attacks from Afghanistan against the U.S. homeland.

What about the past twenty years? Why haven’t the Taliban gone away, given the force, competence and tactical proficiency of the U.S. military?  Are they being refueled from Pakistan? Is support coming from somewhere else?

Also, there has for quite some time been discussion about alternative military approaches to conflict, given the difficulties with training and deploying an Afghan, anti-Taliban force and questionable long-term success of the effort. For example, many have advocated a strategy favoring overhead surveillance, long-range strike weapons and a very, very small special operations footprint. Perhaps this might achieve the aim of keeping an eye on threat developments, sustaining an ability to conduct precision strikes as needed, and placing small numbers of troops in the country to support friendly forces and a possible new Afghan government? This option, long been the favorite of some observers, politicians and decisionmakers, would remove the need for larger numbers of forward-deployed soldiers.

Furthermore, many people hold the view that Afghanistan’s war-torn history and tribal culture may simply be unchangeable, and of course much has been made of the many militaries which have tried and failed to conquer Afghanistan throughout history.

Finally, is there really a pressing national security need to remove the Taliban? While it would be a mistake to call the terror group popular by any estimation of course, yet absent any effort to harbor terrorists with international aims such as attacking America, what kind of a risk do they pose? Arguably a marginal one, unless of course, they were to operate as a strategic regional arm of the Russian or Chinese military.