Shifting to a Norms-Based Approach to International Arms Control 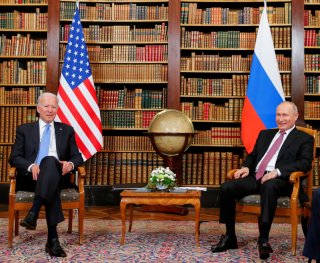 Michael Krepon, the co-founder of the Stimson Center, takes a look back at arms control efforts over his decades-long career in his new book, Winning and Losing the Nuclear Peace: The Rise, Demise, and Revival of Arms Control.

He joins Ploughshares Fund’s Press the Button podcast to discuss his findings with co-host Michelle Dover. In assessing the arms control and nuclear nonproliferation field today, Krepon’s biggest takeaway is that the community’s successes shifted from treaty-based achievements to norms building.

Krepon has come to believe that “if we can’t get it done by treaties, we can get it done by norms.” As he sees it, “the wonderful thing about norms … is you can win every day,” adding that “every day that passes without a mushroom cloud is a victory.”

Although the news cycle may seem dominated by rising nuclear threats and missile tests, the nuclear nonproliferation and broader peace and security fields have come a long way since the first nuclear bomb was dropped on Hiroshima in 1945. Krepon says that “we have made so much progress that we lose sight [when we don’t see a rapid rate of change].” While nuclear proliferation escalated during the Cold War, arms control treaties and nonproliferation agreements have successfully reduced global nuclear weapons stockpiles from about 70,000 to about 13,000 since the 1990s. Krepon highlights that this, along with the fact that the world has gone over seventy-five years without nuclear weapons being used in war, is a huge accomplishment and should be applauded, enforcing the norm that nuclear weapons can never be used.

Krepon believes that “if we focus on the norm of no-use, whoever uses a nuclear weapon for the first time since 1945 in warfare becomes the worst enemy of humanity, will live in infamy.” This framing, he hopes, can establish a norm so strong that no leader would ever think of using nuclear weapons. While no American president has adopted a no first use policy, Krepon thinks in this case that actions speak louder than words.

In addition to a no-use norm, Krepon points out that the nonproliferation community has also “hammer[ed] away at the norm of not testing nuclear weapons, because nuclear tests are an affirmation of military utility.” North Korea is the only nuclear state that has conducted a nuclear weapons test in the last two decades.

Krepon says what surprised him most as he conducted his research was related to President Lyndon B. Johnson’s efforts on arms control. Johnson, he explains, was “instrumental” in the Outer Space Treaty, which set international space law, as well as the landmark Treaty on the Non-Proliferation of Nuclear Weapons, which promotes disarmament and furthers the goal of nonproliferation. Krepon notes that Johnson “set the stage for the strategic arms limitation talks” even though Russia’s 1968 invasion of Czechoslovakia delayed the talks for SALT I until the Nixon administration.

If arms control efforts have swung between periods of progression and periods of stagnation, Krepon believes the current situation marks a period of “lean years” on the accomplishments front. He says that two key factors have caused this. First, “two of the biggest players, Russia and China, are unhappy with the status quo, and that leads to nuclear danger.” In addition, Krepon points to the “domestic division in the United States” and a greater lack of public awareness.

But, Krepon shares from his experience, “it’s always darkest before the dawn, so we don’t know when conditions will again be in place where we can make tremendous progress.” Krepon says that the arms control and nonproliferation community can use this time “to think hard about strategy and tactics,” and “come up with new terms of reference, new frameworks for how we wish to proceed.”

Krepon’s optimism is reflected in his conclusion that the community he has been a part of throughout his career “is the generator of good ideas.” It was, he concludes, this community that came up with the idea of inspections of nuclear programs, leading to the biggest nonproliferation wins of the twenty-first century.

The full interview with Michael Krepon is available here. You can find his book Winning and Losing the Nuclear Peace: The Rise, Demise, and Revival of Arms Control at Stanford University Press.