Suriname: The Next Big Oil Player? 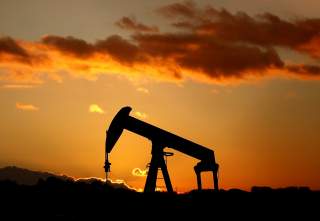 Suriname is both poor and thinly populated. It also is highly reliant on natural resources. However, with its president accused of human rights abuses, the government bedeviled by corruption, and China’s influence on the rise, the Trump administration might not be so pleased with Suriname’s expected financial windfall.

The country’s status as a former Dutch colony sets it apart from its neighbors. Suriname gained independence in 1975, but Dutch is still the official language. Geographically, Suriname is the continent’s smallest. The population is only 600,000, but ethnically is South America’s most diverse. The per capita income is just $6310, about a tenth of America’s; on that measure, according to the International Monetary Fund, the country is ranked 87 out of the 186 countries. Seven of ten people fall below the poverty line.

For such a small state the expected energy windfall could be substantial. However, the impact of such a development on America will be modest. And not necessarily positive—for Washington, at least.

Policy in Paramaribo generally isn’t very consequential for Washington. Suriname’s economy has been heavily reliant on minerals, particularly bauxite and oil. Alcoa stopped mining the latter in 2015; undeveloped reserves will be costly to reach and extract. The country has become a heavy exporter of gold and other precious minerals. Resources account for roughly 85 percent of exports and 27 percent of government revenues. Suriname also relies on agriculture, exporting bananas, rice, and shrimp.

The oil discovery might prove to be of greater interest to American interests. With the Trump administration dedicated to forcing energy providers off the market—sanctioning Iran and Venezuela and seizing Syria’s oil—any additional, nearby supply would be useful. Indeed, the Suriname field highlights the continuing transformation of the energy marketplace.

Because of fracking, in particular, the U.S. became the world’s largest energy producer, surpassing Saudi Arabia and Russia in 2014 and increasing its lead in subsequent years. Of course, the marketplace is international, but there is good news there as well. New oil and gas fields continue to be discovered, reducing the significance of the Middle East. During the first quarter of 2019 alone pools of oil and/or gas were discovered off Angola, Australia, Bolivia, Cyprus, Egypt, Guyana, Indonesia, Iran, Mexico, Morocco, Norway, South Africa, and the United Kingdom. Rystad Energy exulted: “From a global perspective, the push for substantial new discoveries shows no signs of slowing down.” For the year roughly eight billion barrels of oil equivalent was found, with the largest sources being Russia, Guyana, and Cyprus.

However, Washington might be uneasy about Suriname’s future direction. Like many Third World states, corruption is a serious problem. For instance, in 2018 Transparency International rated Suriname as 43 out of 100 (with 0 most corrupt), which placed it at 73 of 180 countries covered. Even Freedom House, an organization that focuses on promoting democratic rights and civil liberties, warned that “corruption is a pervasive problem in government, and attacks on judicial independence and due process, underscored by the president’s interference in his own murder trial, remain a concern.”

GAN Integrity went into more detail, explaining that: “Corruption is an obstacle to business in Suriname. It is especially prevalent in public procurement, in the awarding of licenses and in the customs sector. Corruption stems from a lack of regulation and legal anti-corruption measures.” The problem is “moderate” involving the judicial system, public services, and tax administration. Risks are “high” in customs administration and “very high” in national resources and public procurement.

This suggests that a massive influx of funds will be vulnerable to theft and abuse. That tendency elsewhere has led to talk of a “Resource Curse,” in which what should be an enormous blessing turns out to be almost debilitating. There are critics of the idea and some resource-rich states do well economically. However, Harvard University’s Jeffrey Frankel concluded that “The relationship on average is slightly negative. The negative correlation is not very strong, making almost as many resource successes as a failure. But it certainly suggests no positive correlation between natural resource wealth and economic growth.”

Stanford’s Larry Diamond approaches the issue from a different perspective, noting that of 23 nations in which energy accounts for 60 percent or more of exports, “not a single one is a real democracy.” Resource wealth also appears to increase the likelihood of violent conflict, with control of those resources one objective.

There are steps that Paramaribo could take to prepare for the expected bounty, but that presumes responsible governance. Among the great resource successes are Botswana, Canada, Chile, and Norway. However, Suriname’s underlying weaknesses are serious and suggest severe problems to come.

Indeed, there could be adverse geopolitical consequences for Washington. In 2015 Dino Bouterse, the president’s son, was caught in a sting offering to give Hezbollah a base in his nation in exchange for $2 million. Arrested in Panama, he was extradited to New York and subsequently convicted, receiving a 16-year sentence. He had previously been convicted and imprisoned for drug trafficking in Suriname; after his release, he was appointed to the government’s counter-terrorism force. Although there is no evidence that Hezbollah or any other pariah organization or state is seeking to move into Suriname, this episode is unsettling. Arguably it was foreshadowed decades ago: after staging a coup in 1980, Bouterse pere sought support from Cuba, Grenada, and Nicaragua, all communist dictatorships, and Libya, then ruled by the mercurial yet radical Muammar Khadafy.

President Desi Bouterse’s wandering geopolitical eye is made worse by his indifference to human rights. He and a group of sergeants staged a military coup in 1980 and he eventually consolidated power. Even after restoring civilian rule in 1987 he remained army chief. He was elected and reelected president, by Suriname’s parliament, in 2010 and 2015. He is seeking reelection this year. As president he declared the anniversary of the coup to be a national holiday.

Accused of murdering 15 democracy activists two years after taking power, he was convicted of the crime in November and sentenced to 20 years in prison. One witness described him as “calm and cold-blooded.” However, his supporters view the prosecution as political; some blame the Netherlands. Most important, while president he is immune from arrest—which may be one reason why at age 74 he is seeking reelection.

He faces other disturbing charges. He is suspected of, but was never prosecuted for, ordering the murder more than 40 people during a civil war started by his former bodyguard and fellow Maroons, descended from Africans brought to the Americas originally as slaves. Despite international pressure, no one ever was prosecuted for that crime. In 2000 Bourtese was convicted in absentia in the Netherlands for drug trafficking. The European Union’s law enforcement agency, Europol, maintains an arrest warrant for him. Wikileaks cables indicated that he was involved in the drug trade through 2006. There also is evidence of his connection to Colombia’s Communist FARC guerrillas, reportedly trading weapons for cocaine. He pardoned a second son after the latter’s conviction for murder and robbery (and an unsuccessful attempt to rob the Dutch ambassador’s residence).

How Bourtese will use the impending financial bounty is an open question. However, few imagine that it will be for the good of his people. Even if the money makes it into the government treasury, the enhanced cash flow will tempt Bourtese to spend wildly to win reelection, a common enough reaction in electoral democracies around the world. The revenue also likely will encourage borrowing: Paramaribo’s current international debt is about $2.4 billion, a pittance for Washington but about 71 percent of Suriname’s GDP.

And the government has few good influences. Relations with the Netherlands are fraught, since that government prosecuted him and cut aid transfers. He couldn’t travel elsewhere in Europe even if he wanted to, given the Europol warrant. The U.S. is a major trading partner and provides assistance for various purposes, including drug interdiction and law enforcement. However, the relationship seems correct rather than enthusiastic: The State Department says the two governments “enjoy a constructive partnership.”

Moreover, the People’s Republic of China’s role in Suriname has been increasing. During a state visit to Beijing in November Bourtese’s hosts agreed to $300 million in loans for 14 projects, on top of roughly $500 million of existing debt. That puts the country among the PRC’s top ten debtors on a percentage basis. Beijing’s role as banker could grow. China likely will be interested in gaining increased access to Suriname’s natural resources and has the wherewithal to help fund their development.

Another reason Bourtese may prefer dealing with the PRC is the latter’s disinterest in embarrassing human rights issues. They matter a lot to Europe, not much to the Trump administration, and not at all to Beijing. At the very least, the possibility of going to China will constrain the Netherlands and other EU members as well as Washington from asking for too much in any dealings, no matter how the oil field is developed and resulting revenues are spent.