Why the Afghanistan Peace Process Requires an American Exodus 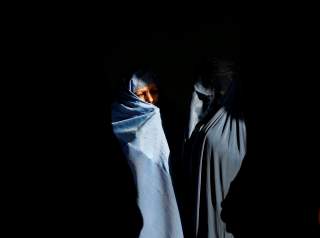 After seventeen years of incessant combat, Afghanistan is closer to peace than it has been since the remnants of the Taliban in Pakistan organized an insurgency to chip away at the Afghan government’s authority. While it would certainly be a stretch to conclude that “peace is at hand” as former National Security Adviser Henry Kissinger did in 1972 when briefing Americans on the Paris peace talks, Ambassador Zalmay Khalilzad’s intensive round of meetings with Taliban officials last week is at least a light at the end of the tunnel.

While a final settlement to the war is still a long way off, the contours of a deal are coming together. The general outline hinges on a withdrawal-for-cooperation deal; the United States withdraws troops over an eighteen-month timeline, and the Taliban provides assurances to Washington that Afghanistan will not be used by foreign terrorist organizations as a base from which to attack the United States. A ceasefire and prisoner exchange would reportedly be on the table as a way to improve the environment for comprehensive political talks between Taliban and Afghan government officials. The deal would effectively trade an American departure from the country for a more pragmatic, but still very much hardline, Taliban that promises not to collaborate with—and in fact actively works to undermine—transnational Al Qaeda and Islamic State militants who aim to launch terrorism outside Afghanistan’s borders.

Pakistani foreign minister Shah Mehmood Qureshi is talking as if peace in Afghanistan is just a whisker away from being attained. Khalilzad and the Taliban have both issued cautiously optimistic statements since the latest round of discussions concluded, a suggestion that the process is far more serious than previous negotiations.

But everyone should hold their breath and keep the party hats in the closet. After all, we are talking about Afghanistan, a country plagued by competing internal and external interests whose people have been dealing with nonstop violence ever since Soviet troops rolled into Kabul in December 1979. Nothing in Afghanistan is easy—not even holding a semi-legitimate vote. We should all wish for Khalilzad’s success. But at the same time, we should prepare for the worst: that the Afghan peace talks crumble like a poorly made Afghan kolcha.

The War Spoils the Peace

There have been instances in the past when a military operation on a high-profile military target has smothered whatever diplomatic flame existed at the time. The most prominent case was the May 2016 drone strike on Taliban chief Mullah Akhtar Muhammad Mansour as he was traveling by taxi from Iran to Pakistan’s Balochistan province. The U.S. military viewed Mansour, the man who took over the Taliban movement from its founder Mullah Muhammad Omar, as too important a target to pass up. Killing the man at the top of the enemy’s organization is the type of operation military planners around the world dream of. The planners in the U.S. military were no exception.

The problem, however, was that Mansour’s death sent a signal to the Taliban’s shura in Pakistan that Washington was still searching for the elusive military solution. While the Pentagon asserted that Mansour “was an obstacle to peace and reconciliation between the government of Afghanistan and the Taliban,” the Pakistani government condemned the operation as a blow to a diplomatic process that was already on life support. It would take years before Taliban and U.S. officials would engage in exploratory diplomacy again.

A high-profile killing in the Taliban leadership could completely ruin the tenuous progress Khalilzad has made at the table. Events on the battlefield could outpace events in the negotiating room.

The Taliban Refuse to Meet with Ghani

Taliban officials are willing to talk to Americans, but they haven’t been open to sitting down face-to-face with Afghan President Ashraf Ghani’s administration. This has been a long-standing Taliban position even before Ghani entered the presidential palace, and pushing the movement to show more openness to this principle has been as about as successful as getting two feuding siblings to end their decades-long beef. The Taliban looks at the United States and sees the real power in charge of Afghanistan; it looks at the Afghan government and sees puppets and usurpers doing the bidding of the American occupiers.

If Afghan peace talks have a chance at working, Afghans need to talk to one another about their political future. Will Taliban officials be accepted into government ministries? Will a national unity government be formed or will Ghani remain president until the next elections this summer? Will the Taliban be able to participate in those elections? Will the Afghan constitution need to be amended to decentralize power away from Kabul and towards the provincial authorities? What about the civil and political rights women have been given since the Taliban were evicted from Kabul in 2001?

None of these questions can or should be decided between American and Talib, but rather between Afghan and Afghan. If the Taliban remain defiant and refuse to even participate in a dialogue with Ghani, the entire peace project will sputter and the Afghan people will very likely be forced to endure more years of fratricidal violence.

President Ghani, like many Afghans, wants peace in his country. He has gone to extreme lengths to get there. Last February, he extended an offer to the Taliban granting them formal legitimacy as a political party, prisoner releases, and a constitutional review if the movement entered into peace negotiations with the government, recognized the legitimacy of the government, and respected the rule of law and the rights of women. Ghani’s effort was meant to bribe the Taliban into a peace process where more significant issues about Afghanistan’s future could be discussed and hopefully settled.

Those talks never came to pass, but Ghani has never given up on the ambition of being the man who delivered tranquility to his country. Ghani has, however, been insistent all along that any talks between Washington and the Taliban in whatever format be routed through Kabul. This is an entirely reasonable request—Americans should not be making decisions about Afghanistan’s political future for Afghans.

The dilemma is not that Ghani is demanding that Afghans own and lead diplomacy with the Taliban (this has been U.S. policy for years), but rather that Ghani may be inflexible in the event Taliban officials swallow hard and meet with him. If Ghani is unable or unwilling to talk about amendments to the Afghan constitution that are more than cosmetic, then it’s difficult to envision Taliban mediators continuing discussions with Kabul past the ceremonial handshakes. The Afghan President has already hinted that proposaksvwhivh water down the Afghan constitution will be an unacceptable capitulation. Speaking to the nation on January 28, Ghani said that any peace accord with the Taliban would have to preserve the fundamental civil and human rights the Afghan people have been granted since the insurgent group was dethroned. “There are values that are not disputable, such as national unity, national sovereignty and territorial integrity,” Ghani remarked several days after details of a possible agreement were leaked. Translation: if the Taliban breaches certain red-lines, Kabul will hold firm.

The nitty-gritty bargaining required to put an end to this bloody chapter in Afghanistan’s history will be hard enough to overcome. But it will impossible if Afghan government and Taliban officials don’t agree at the very beginning to work from the same, basic understanding of how terms are defined, what the concepts are, and what the big objectives are.