Why America Should Pull Out of Okinawa 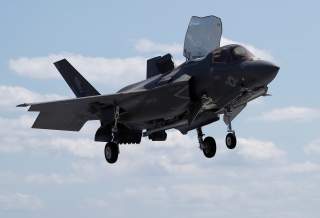 What is worth fighting for? Which “national interests” are worth American lives? At the end of the day, this is the yardstick for measuring the necessity of U.S. military involvement around the world. In any region where the answer is “none,” U.S. forces should be pulled out. In any region where the answer is “some,” U.S. forces should be tailored to defend those specific interests from likely threats. Leading with a clear enunciation of real national interests—instead of groupthink, historical precedent, or inertia—opens up an array of locations where the U.S. military can do less without an adverse effect on American security. Okinawa is a prime example. As U.S.-Japan bilateral defense cooperation continues to improve, not only can the United States reduce its military presence on Okinawa without jeopardizing its interests in East Asia, but doing so will actually bolster the U.S.-Japan alliance.

This is not a new idea. The U.S. government is well aware of Okinawan opposition to the heavy military presence and has made moves for more than a decade to relocate Futenma base and redistribute around eight thousand of the eighteen thousand Marines on Okinawa to Australia, Guam, and Hawaii. Delays on both the Japanese and American sides in the construction of the new facilities have pushed estimates for the redeployment to the late 2020s. While this realignment is a step in the right direction, the assumptions behind even a force of ten thousand Marines on Okinawa deserve examination. Three possible conflict scenarios in East Asia sufficiently threaten U.S. national interests—be it freedom of navigation, anti-proliferation, or the security of an ally—to merit serious contemplation of an armed response: North Korea, the Senkakus, and Taiwan. Yet in assessing these contingencies, it is difficult to see how the Okinawa Marines would be operationally relevant.

First, if the United States and North Korea come to blows, what will be the role of amphibious warfare? U.S. Marines from Okinawa have practiced amphibious assaults with their South Korean counterparts at the annual Cobra Gold exercises, but the tactical utility of such an attack against North Korea is unclear. Presumably Allied forces could land on the beach some twenty-five miles from Pyongyang, seize Nampo to control access to the Taedong River, or blow up the Nampo Dam and travel sixty miles upriver to Pyongyang. But this type of attack likely plays to North Korea’s strengths (numbers and ground forces) and eschews U.S. advantages (air power and standoff weapons). Furthermore, amphibious assault implies a full invasion, and thus far more than ten thousand personnel. If such an attack were necessary, the United States would need time to bring in forces from around the world—what then is the advantage of having a few men pre-deployed? Equipment and materiel can be prepositioned across East Asia, but with strong U.S. airlift capabilities and Japan’s increasing willingness and ability to facilitate staging, it can be used by Marines permanently based elsewhere.

Second, the United States has affirmed that the disputed Senkaku Islands (only 270 miles from Okinawa Island) are covered by the U.S.-Japan Security Treaty. Yet in a scenario obligating the United States to aid Japan in fighting China for the islands, battles will be fought in the air or on the water. Combined, the five uninhabited islands and three rocks have a total area of less than three square miles. The Marines on Okinawa could respond rapidly to a Chinese seizure of the islands, but what would they do? Chinese troops would be easy targets for our air or naval strikes; we would be foolish to put our men in the same vulnerable position. Japan is also building its own capabilities to defend the Senkakus, including by creating an amphibious brigade with units on Ishigaki (only one hundred miles from the Senkakus). In a contingency where “boots on the ground” are needed, Japan’s Self-Defense Forces can take the lead and the United States can provide air and naval support to maintain escalation dominance.

Third, Taiwan. Even setting aside the ambiguity of American commitment to Taiwan and assuming that the United States would come to Taiwan’s defense in a crisis, once again the battle would not be fought by Marines but in the Strait, in the air above it, and in cyberspace. In a fight for Taiwan, it is Kadena Air Force Base on Okinawa that will be of greatest use to U.S. commanders. Even for an evacuation, the twenty-four V-22 Ospreys currently on Okinawa, each seating twenty-four, have clear numerical limitations. As with a North Korean contingency, there is also no plausible scenario necessitating pre-deployed forces. The Taiwan Relations Act mandates that a decision to defend Taiwan receive consent from Congress; if a combat need for Marines is found, there will be time to bring them to the region before operations begin.

Unless policymakers provide a clear military necessity to justify the continued presence of the Marines on Okinawa, U.S. military planners should make plans to bring the last ten thousand out on the heels of those already scheduled for reassignment across the Pacific. They could be folded into bases in the United States or even drawn down depending on an honest evaluation of U.S. interests and corresponding capability needs. Money saved from not building the controversial new facilities at Henoko can be put to better use in strengthening more strategically important Japanese bases. Bases at Sasebo and Iwakuni can be sufficient for Marine Corps needs in the region, and the continuation of regular rotational training operations of Marine Expeditionary Units garrisoned elsewhere can provide the “presence” and training functions desired by U.S. commanders.

Opponents might contend that the Marines provide other benefits besides combat capability, such as deterrence, training for allies, and a show of commitment to the region. Yet this justification for a permanent presence supplants the primary purpose of our overseas basing strategy with secondary benefits. A U.S. force posture well-suited to the possible contingencies of the Pacific can accomplish both, and better. After all, deterrence is predicated on an ability to win wars, and what wars will the Marines win in East Asia? Deterrence will be enhanced if our forces are tailored to realistic threats. Similarly, if we foresee a low likelihood for our own troops to engage in amphibious warfare in the region, why do we need to train our regional allies to do it with us? Training priorities need to reflect likely scenarios. And our commitment to the region will be best demonstrated by updating our footprint to show that we understand regional security challenges.

Withdrawing the Marines from Okinawa will yield net security benefits by removing a major bone of contention in the U.S.-Japan security relationship. Okinawan public sentiment is strongly in favor of closing the Marine bases. Local politicians have delayed the relocation of Futenma for years, heightening the risk of an aviation accident in the densely populated municipality. Another incident or serious crime could decidedly sour U.S.-Japan relations and put more important facilities (e.g. Kadena Air Base) at risk. Closing the Marine bases will remove a burr from under the saddle and let the alliance focus on other things, all without losing a capability necessary for the defense of Japan.

China will be unlikely to see the reassignment as a U.S. retreat. Kadena Air Base will still be the most strategic U.S. regional asset in the event of a conflict, and the United States can use its facilities on Okinawa to preposition equipment. The People’s Liberation Army should not be expecting to fight Marines any time soon; their absence from Okinawa will not change China’s strategic calculus. In fact, the Chinese could currently see the Marine presence as an advantage—the unpopularity of the bases and risk of accident are a liability in the U.S.-Japan alliance that endangers more important cooperation.

The United States can maintain a realistic warfighting capability in East Asia without permanently housing ten thousand Marines on Okinawa. Basing and deployment policies should derive from national interests we are actually willing to fight and die for; in East Asia, only three scenarios pose a sufficient threat U.S. interests to merit American lives. Yet ten thousand pre-deployed Marines will not be relevant in either a North Korean war, a fight over the Senkakus, or a battle for Taiwan. In the meantime, reassigning them elsewhere will strengthen the U.S.-Japan security partnership by removing a liability and abrogating a long-running conflict. America and its allies will be just as safe—or safer—without the Marines on Okinawa. Let’s bring them home.

Jarek Buss is a security policy writer based in Washington, DC.

Image: A Marine Corps pilot prepares for a vertical landing of Lockheed Martin F-35B stealth fighter aboard the USS Wasp (LHD 1) amphibious assault carrier during their operation in the waters off Japan's southernmost island of Okinawa March 23, 2018. REUTERS/Issei Kato