Ban Incoming? FCC Commissioner Calls for TikTok to Be Pulled From App Stores 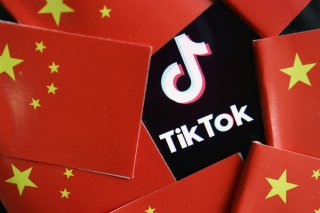 Former President Donald Trump famously called for TikTok to be banned in the United States back in 2020, later trying to force a sale of its U.S. operations to Oracle. TikTok was never banned, nor did the Oracle deal go through.

TikTok is in the news again after a recent investigation by Buzzfeed News found that China-based employees of TikTok’s parent company were regularly able to access nonpublic data belonging to the social media network’s users. Buzzfeed got the information when they obtained records of more than eighty internal TikTok meetings, in which employees discussed the access China has to users’ data.

Around the same time the Buzzfeed story appeared, TikTok announced a change in how it handles data.

“Today, 100% of US user traffic is being routed to Oracle Cloud Infrastructure. We still use our US and Singapore data centers for backup, but as we continue our work we expect to delete US users' private data from our own data centers and fully pivot to Oracle cloud servers located in the US,” the company said in a blog post.

Nevertheless, one of the five current FCC commissioners is calling for Apple and Google to drop TikTok from its application stores.

Brendan Carr, one of the two Republican FCC commissioners, wrote a letter to the CEOs of Apple and Alphabet this week asking them to take TikTok off.

“TikTok is not just another video app. That’s the sheep’s clothing,” Carr said in the letter. “It harvests swaths of sensitive data that new reports show are being accessed in Beijing. I’ve called on @Apple &  @Google to remove TikTok from their app stores for its pattern of surreptitious data practices.”

Carr noted in the letter, which cited Buzzfeed’s reporting, that TikTok has been downloaded nearly 19 million times in the first quarter of 2022 from the two app stores.

“It is clear that TikTok poses an unacceptable national security risk due to its extensive data harvesting being combined with Beijing’s apparently unchecked access to that sensitive data,” Carr wrote in the letter.

The FCC, much less one commissioner, does not have the power to have apps removed from privately held companies’ app stores. But Carr concluded the letter by stating that “if you do not remove TikTok from your app stores, please provide separate responses to me by July 8, 2002, explaining the basis for your company’s conclusion that the surreptitious access of private and sensitive U.S. user data by persons located in Beijing, coupled with TikTok's pattern of misleading representations and conduct, does not run afoul of any of your app store policies.”