In the Digital Age, Retrenchment May Not Make America Safer 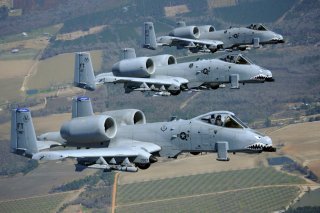 As a scholar of cybersecurity strategy and policy chairing a workshop panel at Brasenose College, Oxford, last month, I was struck by the degree to which the panelist’s debates on great power competition and international security remained disproportionately mired in material considerations, and in the lessons of past great power shifts in the international system. I say “disproportionately” because material power—the power to kill and maim, ranging from rifles to thermonuclear weapons—remains a critical consideration in international politics. But I believe that in debates about U.S. retrenchment from the Middle East, non-material considerations, specifically cyber power, matter as much or more.

Contemporary Retrenchment from a U.S. Perspective

The United States sees the People’s Republic of China (PRC) as an emerging existential threat. This is not because China’s economy is poised to overtake the United States as the world’s largest or because its military continues to expand in size and increase in capabilities at an unprecedented rate (a feat only equaled by the United States from 1942 onward). Instead, it is because both of these advances in power are being led by a dictatorship—a place where any criticism of the Chinese Communist Party (CCP) is a crime punishable by imprisonment, torture, or even death.

This, combined with a long overdue reassessment of what U.S. global leadership should look like, has led to a renewed debate over retrenchment from the Middle East. The original U.S. foreign policy, best summarized in a 1630 speech by John Winthrop before a group of Puritans preparing to embark on a journey to North America, was not to have one.

All of this changed after World War II when the United States completed its shift from a reactive to a proactive foreign policy. Winthrop’s “city on a hill” was replaced by “leader of the free world.” The people of the United States remain justifiably proud of their aspiration to support popular sovereignty and the rule of law against tyranny worldwide. Unfortunately, after 9/11, the United States changed.

People only value peace when they believe they enjoy justice or at least some hope of a better life. When they feel oppressed, as the fictional citizens of District 12 did in Suzanne Collins’ dystopian novel Catching Fire, the value of accommodating the status quo—even the value of peace—declines. After the collapse of the Soviet Union, the globally active U.S. military came to be seen not as a bulwark against tyranny but as representative of U.S. oppression. What happened after the 1991 Gulf War was illustrative of the broader trend.

At the time, a number of conservative Islamic scholars—and the late Osama bin Laden was widely counted as one—held in a religious ruling called a fatwa that it could be acceptable for Saudi Arabia to host non-Muslims during an emergency. So long as Saddam Hussein’s “unholy” Iraq posed an existential threat to Saudi Arabia, non-Muslim U.S. and allied armed forces could be permitted. Once that threat was neutralized, however, non-Muslim armed forces could not stay without giving offense to God. When U.S. and allied forces remained in Saudi Arabia after Hussein’s retreat from Kuwait, bin Laden and his allies mobilized to attack New York, the Pentagon, and the White House.

Within a decade after the end of the Cold War, Israel, the United States, Great Britain, and France suffered horrific terrorist attacks. Each of these democracies responded by derogating from core principles such as the rule of law, due process, and the use of armed force only as a last resort. Critics might observe that this derogation from principle was nothing new; after all, the United States and its allies had done this during the Cold War. Clearly, imprisonment without charges or trial (Guantanamo Bay) and torture (Abu Ghraib) are always wrong, but most people discount these derogations when they believe national survival is at stake, as occurred during World War II and the Cold War. How then to explain these same derogations and an expansion of U.S. military interventions abroad after the fall of the Soviet Union and before China’s rise?

In her forthcoming book Dying by the Sword: The Militarization of U.S. Foreign Policy, political scientist Monica Duffy Toft, the director of the Center for Strategic Studies at Tufts Fletcher School and co-author of a new dataset of U.S. interventions since 1776, records a dramatic increase in the pace of U.S. military activities since 2000 even though the United States faced no existential material threats. Toft calls this shift to a “force first” U.S. foreign policy “kinetic diplomacy,” and recent Pew Research polls show that one consequence is that the United States is now ranked as a greater threat to world peace than China, Iran, and even Russia. To be blunt then, U.S. kinetic diplomacy has not made the United States more secure or prosperous. Instead, it has flattened U.S. national prosperity, intensified the polarization of domestic politics, proliferated enemies, and given them powerful incentives to innovate around U.S. strengths while exploiting vulnerabilities.

Why Retrenchment May Not Make the United States Safer

If the costs of remaining forward deployed in the Middle East are great, the benefits appear to be in decline. There is no chance that the world, including the United States, will be able to do without access to the region’s petroleum reserves in the short term. But the writing is on the wall. Fossil fuel independence is becoming a national, indeed global, priority. As this process accelerates, it reduces the traditional benefits the United States might enjoy from maintaining a forward presence in the Middle East.

And energy is far from the only consideration. Since 2000, Israeli politics has continued to shift to the political Right. In practical terms, this has meant continuing to poke the Arab world in the eye by smothering Palestinian Arab aspirations to share Jerusalem and have a state of their own. Like the United States, right-wing Israeli foreign policy has been spectacularly successful at demoralizing the region’s moderates and at giving its enemies greater incentives to innovate a mix of material (Iran’s long-range missile technology) and non-material (cyberattacks) ways to destroy it.

Retrenchment advocates argue that the United States would now be better served by allowing the Middle East to solve its own problems and shifting the resources saved to the growing menace of China in the Pacific. Others go further and argue that the United States can afford to withdraw completely from Europe, Africa, Asia, and the Middle East because of something the political scientist John Mearsheimer labeled “the stopping power of water.” That’s a dangerously material-centric conception of power.

The basic model of conflict-of-interest resolution goes something like this: (1) we clash; (2) there’s a winner and a loser; and (3) the loser attempts reforms aimed at deterring, not losing, or winning future clashes. In traditional international relations theory, this is called “balancing” and there are two ways a weaker actor might increase its likelihood of a better outcome in a future clash. First, it can balance internally by redistributing domestic resources to increase its power. Second, it can balance externally by wooing other actors into an alliance. But all of this presupposes that the “power” we’re talking about is material power: the power to fight and win wars. What if you’re Canada or Belgium though? Internal balancing won’t work unless you’re willing and able to acquire a nuclear deterrent. And external balancing is a terrific idea in principle but it didn’t help Poland in 1939 when its allies, France and Great Britain, immediately declared war on Germany but then stood idly by while the Soviet Union and Nazi Germany destroyed it.

The stopping power of water argument falls into the same materialist trap. Understanding that losers can successfully balance in non-material ways—even lethal non-material ways—is key to understanding why the U.S. Navy alone cannot secure the United States today in the way it might have just after World War II.

First, recent advances in sea-going autonomous weapons, loitering munitions, and hypersonic missiles have created significant and relatively cheap capabilities to close sea lanes of communication. To survive as a great power, the United States needs to ship things to and from its shores. The U.S. Navy and Coast Guard may be up to the task of protecting American commerce for some time but the window is closing. The fate of heavy platforms such as tanks as compared to small, lethal, mobile denial weapons like Javelin anti-tank missiles may be analogous to what’s to come in naval engagements.

Second, U.S. adversaries have found ways to overcome the stopping power of water and inflict severe damage to U.S. national security and prosperity. The 9/11 terrorist attacks weren’t stopped by water but supporters of the argument would add that the attack wasn’t existential since it didn’t threaten conquest and occupation. However, the attacks gravely wounded the United States in non-material terms. As David Kilcullen noted in his book Accidental Guerrilla, Washington’s reaction, derogation from “a nation of laws and not men,” threatened to destroy the American experiment.

Today we can add that cyberattacks in the form of disinformation campaigns, accelerated by U.S. social media companies like Google and Meta, have severely undermined trust in democratic systems worldwide. Few Americans are aware, for example, that in 2010, Facebook ran a “social contagion experiment” to see whether it could increase voter turnout in the U.S. midterm elections. It graphically altered the “I voted” feature of a random sample of sixty-one million of its voting-age users and found that by adding tiny images of a user’s friends, those users were much more likely to vote. The “tiny faces” banner was shown only once but it resulted in a turnout increase of 300,000 voters. The margin of Donald Trump’s 2016 electoral college victory over Hillary Clinton came down to 70,000 votes in three states. Even assuming that Russia’s disinformation campaign in support of Trump only affected the outcome by 1 percent (and George W. Bush won Florida by .01 percent), that would have been enough to tilt the election to Trump. The United Kingdom’s referendum on European Union membership, another target of a Russian disinformation campaign, was also a close vote. So whether one supported or opposed Trump’s election or Brexit, what’s at stake is faith in free and fair elections in which every citizen has an equal chance to vote. Water can’t stop this.