Disinformation as Cyberharm: An Existential Threat to Democracies 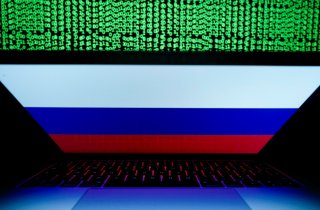 As Carl von Clausewitz so famously put it, “war is merely the continuation of policy by other means.” He might have added that besides war, those “other means” traditionally included economic bribes and threats, appeals from authority or identity, and of course diplomacy. Further, it was the policy of states to maintain or expand the state’s power to win wars. So long as war sat at the apex of available means of maintaining or expanding state power, then every rational state’s strategy should be to acquire as much war-winning capacity as possible; either by producing it internally, or by building alliances of convenience with other states.

But what if a state’s ability to maintain or expand its power could be better achieved by means short of war? What if interstate war became too dangerous, either because it risked escalation to a species-ending thermonuclear exchange, or because the peoples of the states targeted simply refused to accede, even when credibly threatened with certain death?

The first decade following World War II nearly inverted the bedrock assumption that killing power necessarily conduced to coercive power. In 1947, Mahatma Gandhi’s non-violent insurgency against British rule in India effectively forced the British to choose between genocide and withdrawal (they chose withdrawal). In 1952, seven years after dropping two atomic bombs on the Empire of Japan, the United States detonated its first thermonuclear bomb; leading to the eventual conclusion that this technology is capable of species-ending destruction and to fears that future major conventional wars might easily escalate to a thermonuclear exchange and, again, the end of all human life on Earth. In 1954, France was forced to abandon Indochina; an unexpected defeat only if you viewed the core conflict in material terms. In ideational terms, colonialism had become illegitimate and unsustainable, while nationalism remained (and remains) a potent motivator of sacrifice.

In the decades that followed, for the first time in history, states whose armed forces and populations outnumbered their adversaries by ten to one lost a majority of those wars against their materially weaker foes:

More recent failures of U.S.-led coalitions in Iraq (2003–11) and Afghanistan (2002–21), and Russia’s current war in Ukraine (2022), only serve to underline the decline—though by no means collapse—of the utility of the sword as an instrument of great power competition relative to the power of ideas.

Cyberharm: The Power of the Pen

Enter the Internet and cyberharm. The internet is to ideas what the container ship is to goods. If the pen is mightier than the sword, then the internet set the pen free; and in this new world ideas matter as much or more than swords.

Cyberharm is injury along any or all of three dimensions of power and security that are enacted via cyberspace: first, the physical and kinetic (resulting in death or injury due to violence); second, the economic (wealth and poverty, including poverty sufficient to result in death from exposure, starvation, or lack of water); and third, the ideational (the power of ideas to persuade, inspire, convert, and injure). Thinking it through, what we’ve witnessed in the past two decades represents a global shift in power from masters of the first two dimensions (often referred to as “great” or “super” powers), to masters of ideas (religious actors, Holly- and Bollywood, utopian philosophers such as Karl Marx, and advertisers). There are, of course, good reasons why humans seem to give greater priority to physical over economic, and economic over ideational threats; but in a world increasingly mediated through cyberspace, this internalized ladder creates blind spots and vulnerabilities that masters of the pen continue to exploit to great effect.

In 2001, the world witnessed a coordinated physical attack on the United States which arguably proved existential, though few commentators recognized its significance at the time. Back then, most damage assessments focused on the direct physical harm done by the collapse of the twin towers and the impact at the Pentagon, and to a lesser extent on the subsequent economic impact. Thinking in terms of casualties, the loss of life on 9-11-2001 was close to that of Pearl Harbor in December of 1941. Unendurably painful yes, but not existential.

But in terms of ideas, 9/11 was an existential threat. In terms of the rule of law and due process, after 9/11 the United States suspended many of its core principles and permitted torture; warrantless surveillance; the imprisonment of adversaries without charge or trial; and by 2011, the execution by presidential directive, without trial or due process, of Anwar al Awlaki, a U.S. citizen. For a government whose civil servants—including all military personnel—swear to defend the U.S. Constitution “against all enemies, foreign and domestic,” these derogations from U.S. law represent a truly existential threat. America has never recovered.

America’s adversaries—religiously-inspired actors and petit dictators—were quick to frame the meaning of 9/11 and to use the internet to exploit that meaning to great consequence; weakening U.S. alliances; calling attention to American hypocrisy; and gathering arms, fighters, and cash to threaten American lives and oppose U.S. and allied interests abroad.

Disinformation as Cyberharm: An Existential Threat to Democracies

In 2015 and 2016, we again witnessed ideational cyberharm rising to the level of existential threat after the Russian Federation used the internet, inadvertently aided by three U.S. tech companies (Facebook, Google, and Twitter), to manipulate Britain into leaving the European Union; and to deny the U.S. presidency to Hilary R. Clinton in favor of Donald J. Trump; a vocal opponent of U.S. support of international organizations and of NATO.

This deft use of the pen on Russia’s part was only the latest in a long-game effort to use disinformation to polarize rival democratic states that began as early as the 1950s. What changed was the over-hasty U.S.-led expansion of NATO in the 1990s and 2000s (helping to solidify Vladimir Putin’s rule and incentivize his desire to divide his enemies), the advent of the internet, and easy foreign access to unregulated and short-sighted American corporate greed in the form of social media companies whose algorithms traded rage for profit. As Adam Ellis and Adam Westbrook note in their “Operation Infektion” exposé, whereas the KGB-planted story that HIV-AIDs had been invented in a U.S. bio-weapons lab in Massachusetts took a full six years to cause damage, in 2016 the FSB-planted “Pizzagate” story took only six weeks to cause its intended harm.

Given that elections are the core pillar of any democratic state, we have to wonder why disinformation targeting elections—an existential ideational threat—isn’t already considered an act of war. So, while we rightly worry about power and communications grids being taken out, collapse in trust of our financial system due to cyberattacks, and we build defense resources to answer these threats, Western democracies continue to face a much more existential threat along the axis of ideas. And you don’t fight dangerous ideas with bullets, you fight them with better ideas.

Ivan Arreguin-Toft, Ph.D. currently teaches war and cybersecurity strategy and policy at Brown University’s Watson Institute of International and Public Affairs; where he also serves as Director of the Security Track for the undergraduate International and Public Affairs concentration. He is formerly a founding member of the Global Cyber Security Capacity Centre at Oxford University’s Martin School; where he served as Associate Director of Dimension 1 (cybersecurity policy and strategy) from 2012–2015.