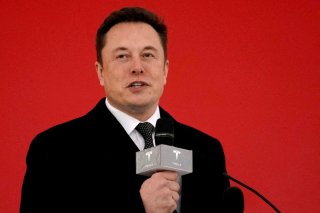 Twitter and Elon Musk are scheduled to begin their trial in Delaware Chancery Court later this month, but a new report says the dispute may be called off, with Musk agreeing to buy the company after all.

According to Bloomberg, Musk has written a letter to Twitter proposing to buy the company at the previously agreed-upon price of $54.20 a share. That was the deal the sides agreed on back in April before Musk first declared the deal “on hold” and later announced his intention to exit it altogether. Musk’s pullout led to the lawsuits and the scheduled trial.

Per the Verge, trading surged in the company’s stock but then was briefly halted.

The implication appears to be that Musk saw a loss in court coming, especially after the release last week of embarrassing text messages, including one showing that he appeared to know about the Twitter “bot problem” earlier than he had previously let on.

Per the Washington Post, Twitter is “considering” Musk’s offer.  The company “will not act for at least another day. … Because there is great distrust on both sides, Twitter leaders are questioning whether the letter represents a legal maneuvering,” the Post’s source said.

Should Musk end up buying Twitter, it would represent a stunning reversal—one that would lead to the world’s richest man owning a company that, until relatively recently, he did not want to own. It could also, of course, lead to a settlement for terms that aren’t the original offer from earlier this year.

Analyst Daniel Ives laid out his theory as to why Musk may settle.

“According to media reports Musk has proposed to Twitter's Board to proceed with the $54.20 deal. This is a clear sign that Musk recognized heading into Delaware Court that the chances of winning vs. Twitter board was highly unlikely and this $44 billion deal was going to be completed one way or another,” Ives wrote to his clients.

“Being forced to do the deal after a long and ugly court battle in Delaware was not an ideal scenario and instead accepting this path and moving forward with the deal will save a massive legal headache. Now Musk will own Twitter and get this deal done at the agreed upon $44 billion price tag it appears. We see minimal regulatory risk in this deal although now Musk owning the Twitter platform will cause a firestorm of worries and questions looking ahead among users and the Beltway. This is a smart move for Musk to go ahead with the deal given the legal hurdles that were ahead into Delaware,” he added.