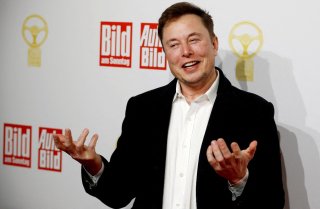 The board of directors of Twitter on Tuesday unanimously recommended that shareholders approve Elon Musk’s proposed deal to acquire the company, according to an SEC filing cited by the New York Post.

The Twitter board “unanimously recommends that you vote [for] the adoption of the merger agreement,” per the report.

The deal comes not long after Musk laid out what would have to happen for the deal to be completed. Per CNBC, Musk spoke at a Bloomberg event Tuesday, where he cited three issues that must be resolved in order for the deal to be finalized.

The first is “fake accounts,” the second is the structure of debt financing, and the third is approval by shareholders.

Since the announcement back in April that Musk had reached an agreement to purchase Twitter for $44 billion, the deal has at times seemed up in the air. Musk announced last month that the deal was “on hold,” due to his professed concerns about fake accounts on the social media platform. Twitter, meanwhile, has sought to hold Musk to the deal agreed to in April.

After Musk had threatened to pull out of the deal over the concern about fake accounts, Twitter made its “firehose” of data available to the prospective buyer of the company.

The Washington Post described the “firehose” as “not only a real-time record of tweets but the devices they tweet from, as well as information about the accounts that tweet.”

“Twitter has and will continue to cooperatively share information with Mr. Musk to consummate the transaction in accordance with the terms of the merger agreement,” Twitter said in a press statement earlier this month. “We believe this agreement is in the best interest of all shareholders. We intend to close the transaction and enforce the merger agreement at the agreed price and terms.”

The Post story added that Jack Dorsey, the co-founder of Twitter who served as CEO of the company until last year, stands to make $978 million from the merger, owing to the amount of stock he owns.