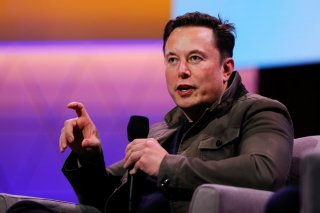 After Elon Musk threatened first on his Twitter account, and later in a letter from his lawyers, to back out of his deal to acquire Twitter unless the company supplied him with certain data, Twitter has reportedly agreed to provide that data.

According to several media reports, including by the New York Times, Twitter will give Musk access to its “firehose,” described as “the stream of billions of tweets that flow through the company’s network on a daily basis.” It’s not clear whether Musk will get full or only partial access, the report said.

The Washington Post pointed to Twitter’s decision as a reversal. It also stated that the “hose” consists of about 500 million tweets per day. The Post’s source said the data will be provided as soon as this week.

What is the “hose”? According to the Post, it consists of “not only a real-time record of tweets but the devices they tweet from, as well as information about the accounts that tweet.” Some two-dozen companies, per the report, pay for access to the database.

Musk had expressed concern that Twitter had more fake bot accounts in its base of users than it has acknowledged in the past and talked about pulling out of the deal if he’s not given answers. Twitter has usually said that around five percent of its accounts are spam or bots.

However, Twitter’s move Wednesday may not give Musk the answers he wants. For one thing, it’s not clear how exactly Musk and his team will use the data. And the Post said that Twitter’s leaders “are skeptical of Musk’s ability to use the fire hose to find previously undetected information.” Instead, they believe that Musk is using the bot issue as a reason to get out of the deal to buy the company.

The agreement includes a $1 billion breakup fee should the deal not go through.

“It will most likely not help him reach Twitter’s conclusion that 5 percent of its active accounts are fake, since the company uses a different methodology involving proprietary data and human analysis to get to that figure,” the Times said.

Twitter has vowed to cooperate with what Musk wants, in accordance with the terms of the merger agreement.

“Twitter has and will continue to cooperatively share information with Mr. Musk to consummate the transaction in accordance with the terms of the merger agreement,” the company said in a previous statement to the press. “We believe this agreement is in the best interest of all shareholders. We intend to close the transaction and enforce the merger agreement at the agreed price and terms.”

*Editor's note: A previous version of this article stated that the deal's breakup fee was $1 million. The correct figure is $1 billion. We regret the error.