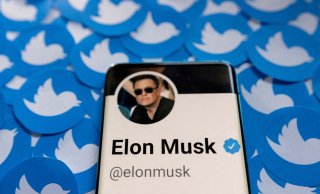 In May, Elon Musk  announced on Twitter that the deal he had reached to acquire Twitter for $54.20 per share was “temporarily on hold,” while he waited for more information on whether the number of fake accounts on the service is more than the company had previously stated.

Twitter, for its part, has continued to insist that the deal move forward at the price agreed to by the parties back in April, and that there’s no such thing as an already agreed-to deal being “on hold.” The company has also said that it could not release that information to Musk without releasing non-public information about its users and accounts.

On Monday, Musk’s attorneys sent a letter responding to Twitter. The letter is dated June 1 but was released through the SEC on Monday.

“Twitter has, in fact, refused to provide the information that Mr. Musk has repeatedly requested since May 9, 2022, to facilitate his evaluation of spam and fake accounts on the company’s platform,” the letter from Musk’s lawyers says.

“Twitter’s latest offer to simply provide additional details regarding the company’s own testing methodologies, whether through written materials or verbal explanations, is tantamount to refusing Mr. Musk’s data requests. Twitter’s effort to characterize it otherwise is merely an attempt to obfuscate and confuse the issue. Mr. Musk has made it clear that he does not believe the company’s lax testing methodologies are adequate so he must conduct his own analysis. The data he has requested is necessary to do so.”

The letter went on to accuse Twitter, on Musk’s behalf, of “actively resisting and thwarting his information rights (and the company’s corresponding obligations) under the merger agreement,” while threatening “not to consummate the transaction and… terminate the merger agreement.”

An Axios report noted that while Musk has been threatening in social media posts for several weeks not to go through with the deal, the new letter is the first time he’s made that threat in an official legal document. That report also said that Twitter is highly unlikely to simply agree with Musk’s assertion, and that “things are likely to get messy” if Musk officially moves to get out of the merger agreement.

Per CNBC, Musk’s threats are seen by some as an effort to renegotiate a lower purchase price for the social media company, as Twitter’s stock has gone down since the announcement in April that Musk had reached an agreement to buy the company.

Meanwhile, last Friday Fox Business reported that the Musk acquisition of Twitter has cleared federal antitrust review. Neither the Federal Trade Commission nor the Department of Justice requested any additional time to review the deal.