Is Elon Musk Having Trouble Financing His Twitter Acquisition? 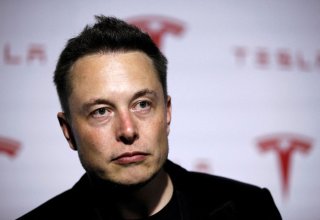 In April, Elon Musk agreed to purchase Twitter for about $44 billion. But in the weeks since, Musk has made noise about wanting to back out of the deal, first in a series of tweets and then earlier this week in a letter from his lawyers.

Musk is claiming that he is concerned that Twitter has more bots and fake accounts than the figure of around 5 percent that the social media company has acknowledged in the past, and that Twitter is refusing to give him the information needed to verify the number of real accounts. Twitter, meanwhile, says that they are holding Musk to the deal.

Now, a new report says that Musk’s quest to finance the deal is “on hold.”

According to Reuters, which cited “people familiar with the matter,” Musk’s efforts to secure funding and limit his own contribution to the deal, “have been put on hold.”

“On hold,” or rather “temporarily on hold,” was the phrase Musk used to describe the deal in late May, although Twitter has said that their merger agreement cannot be placed “on hold.”

Reuters reported that Musk had been in talks with a group of private equity funds, led by Apollo Global Management Inc, but that those talks are on hold “until there is clarity about the future of the acquisition.”

Musk has been rearranging his financing throughout the process since the announcement of the deal in April.

The report also said that the banks who participated in the funding of the Twitter deal are also planning to wait for more clarity before they begin the process of syndicating debt.

Also this week, one public official announced an investigation into the Twitter bot question raised by Musk. Ken Paxton, the attorney general of Texas, has announced that he is looking into whether Twitter has misrepresented the number of fake accounts, per the Texas Tribune.

“Bot accounts can not only reduce the quality of users’ experience on the platform but may also inflate the value of the company and the costs of doing business with it, thus directly harming Texas consumers and businesses,” Paxton said. The attorney general has filed a civil investigative demand with Twitter, asking the social media company to “turn over documents related to how it calculates and manages its user data.”

Paxton, per the Texas Tribune, has gone after Twitter before, also sending them a civil investigative demand in 2021 after the social network banished then-President Donald Trump. Twitter responded by suing Paxton in order to stop the investigation. The Twitter suit accused the attorney general of “unlawfully abusing his authority as the highest law-enforcement officer of the State of Texas to intimidate, harass, and target Twitter in retaliation for Twitter’s exercise of its First Amendment rights.”