The Great Equalizer: Blockchain Will Liberate the Digital World 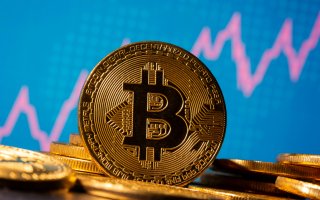 Many of us continue to take for granted the freedom that the internet affords us. However, this is not the case for most of the world, even in many countries where we perceive privacy and freedom of the internet to be the norm. Indeed, according to Freedom House, “State intervention in the digital sphere worldwide has contributed to the 11th consecutive year of global decline in internet freedom.” According to the report, global norms have shifted toward state intervention in the digital sphere, with forty-eight of the seventy governments studied pursuing action to more heavily regulate the digital sphere, all too often violating user privacy standards and even free expression. Blockchain technology, within an appropriately regulated environment, can provide the solutions needed to ensure the future of the internet while also positively impacting users’ rights to privacy and freedom.

The much-discussed Web 3.0 revolution is inevitable. Made possible by blockchain, its decentralized nature will provide extraordinary freedom, privacy, and innovation opportunities. It will further ensure that internet services and products serve people rather than big business. While some may not have heard of Web 3.0, its core idea is a new decentralized iteration of the World Wide Web based on blockchain technology.

Data is an essential part of how value is stored and moved on the internet. In its current state, the internet—and the collection of users’ trackable digital activity—is the inevitable product that allows companies to monetize users, with users themselves never benefitting monetarily. The issue is that data is difficult to commercialize on an individual basis but can be quite valuable in bulk. Hundreds of businesses have grasped this principle and made billions of dollars by selling consumers' data.

With the advent of Web 3.0, we are moving closer to an internet era where the primary focus is on ensuring user data privacy and security. Decentralized information and data are at the heart of this new internet paradigm. This movement is being led by a revolution in how we, the collective, understand and value the internet, and it is being facilitated by blockchain technology.

The essence of blockchain technology is its ability to disburse ownership and access to information among a wide range of entities instead of centralizing it in an intermediary. Disbursed governance allows us to ensure that individuals own their data and nobody else. It also facilitates the emergence of new leadership structures that allow for collaboration between a wide range of actors without requiring centralized leadership, distributing ownership among its creators and users.

For those unfamiliar, blockchain’s beauty is its foundation on a transparent and unchangeable system. Described as a digital ledger of sorts, it facilitates transactions distributed throughout an entire network of computer systems and servers on the blockchain. Every block records information of transactions, with respective transactions added to the participant’s ledgers. Multiple participant management, immutable cryptographic signatures, and decentralized agency make the database unique.

With Web 3.0 being based on the incorporation of blockchain technology into its operations, the new World Wide Web it will create will be decentralized, trustless (Web 3.0 takes out the middleman), and permissionless (anybody may join and no one can ever be prohibited). These realities become even more critical in a world where autocratic governments seek to block human rights activists and dissidents from accessing the web. Blockchain and Web 3.0 are the future.

A further positive contribution of blockchain technology to the internet of the future is how it facilitates digital ownership. Believe it or not, although a significant portion of the internet is built on user-generated content, those who generate content, such as social media posts, do not own any of it. For instance, YouTube says it can delete an account if it is not “commercially viable.” In the case of games played on Web 2.0, game creators can freely cancel in-game item purchases linked to accounts. Similarly, if one decides to stop playing the game, the value of in-game items is naturally totally lost.

Web 3.0 will allow for direct ownership of digital assets. To show provenance and validity, users can create digital editions with a unique ID and a digital certificate of authenticity. It also allows artists to accept consignments and transmit digital works to collectors while adhering to the law. No one, including a game's designers, has the authority to take ownership away. Moreover, one may also sell or trade in-game acquisitions on open free marketplaces to recuperate their worth if one elects to quit playing.

The Importance of Blockchain

None of these significant changes will be possible without blockchain, as its unique characteristics are not replaceable by any available alternative in today’s market. There is a reason why governments worldwide have been employing blockchain to improve existing processes. Of course, aside from blockchain's potential to facilitate the safe and secure sharing of data among users, its unique characteristics create a sense of trust among parties that other technologies could not generate.

In terms of trust, blockchain’s true value is found in decentralization and the benefits of transparency and immutability. Furthermore, by creating efficient workflow processes in how it processes transactions, blockchain can save us all money by eliminating the middleman.

In the last two decades, the internet has revolutionized everything in the world as we know it, including financial markets, culture, and politics. The Web 3.0 revolution is closer than we might imagine, thanks to the tools made available to developers through the blockchain. There are currently hundreds of apps being developed with the help of blockchain technology, creating the infrastructure required for a more equitable internet and allowing people to profit and fully enjoy their own digital activities. Blockchain’s continued development should call Western decisionmakers to embrace smart regulations and facilitate the incorporation of this game-changer into their citizens' everyday lives.

Elif Nisa Polat is a multidisciplinary professional with a background in economics, finance and digital technologies. She is passionate about exploring emerging technologies to drive and promote social impact. Elif is also a policy expert and economist at the World Bank, focusing on the nexus of finance, innovation, and competitiveness in developing countries. She holds a master’s degree in International Relations and Economics from Johns Hopkins SAIS.

Efe Bulduk is an experienced finance professional and a tokenomics expert, providing consulting services to companies that are transitioning to Web 3. Prior to his focus on Web 3, Efe was the regional head of East Europe and Mediterranean for Rystad Energy. He holds MSC degree on Energy Finance from Sciences Po Paris as well as blockchain and finance certificates from MIT and Harvard Business School.