How Democracies Can Beat Techno-Authoritarianism 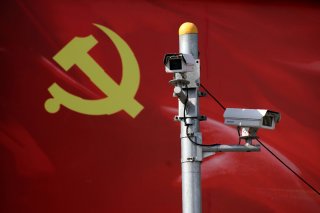 “Authoritarians only own the future if we let them.”—Samantha Power, December 10, 2021.

Can democracies benefit from the promises of emerging technology without sacrificing their core values? In the face of ascendant techno-authoritarianism—that is, the global development and proliferation of technologies used to control and repress—it is one of the key open questions of the current moment. And it is a challenge that the Biden administration has rightly signaled as a priority, highlighted by U.S. Agency for International Development (USAID) administrator Samantha Powers’ remarks at last year’s Summit for Democracy and the establishment of a new State Department bureau dedicated to digital diplomacy.

The techno-authoritarian challenge to democracies is complex and multifaceted. It includes the rise of ubiquitous technical surveillance, the blocking of a citizenry’s access to unapproved sources of information, and the dissemination of disinformation and propaganda to domestic and international audiences. The techno-authoritarian challenge is also often described as a component of great power competition in which democracies like the United States and autocracies like China are promoting starkly different visions for the role of technology in society. There is some truth—and admitted comfort—in that simplistic model. One can review the vivid examples of how China weaponizes its massive investments in surveillance technology and artificial intelligence (AI) against its own people, particularly minority and vulnerable populations. You can also read about the myriad ways the Great Firewall allows the Chinese Communist Party (CCP) to retain its ideological grasp on domestic discourse. Democracies the world over observe the Chinese model and vigorously agree that they are against it. That is certainly a start, but it inevitably leads to the bigger, more complex, and far more important question: what are democracies for?

Answering this question begins with admitting that techno-authoritarianism is not purely a Chinese ideological and technological export. A new report by Jon Bateman at the Carnegie Endowment for International Peace articulates this well. Certainly, there is a push from China. This is evident in Beijing’s efforts to shape the norms and standards that govern the internet and other strategic technologies, as well as its export of many of the same capabilities that power the Chinese surveillance state. These efforts are critical in legitimizing and normalizing China’s techno-authoritarian playbook.

However, without demand, markets collapse. The uncomfortable truth for democracies is that there is a global demand, or—in Bateman’s analysis—pull, for the tools that enable techno-authoritarianism. And, as my colleagues Erol Yayboke and Samuel Brannen noted in their work on this issue, autocrats are not the only buyers. Democracies cannot deny the existence of a robust commercial market for biometric tools like facial recognition, license plate readers, social media analysis, and AI tools that extract insight across disparate datasets. Neither can democracies hypocritically claim that there are no legitimate applications for these technologies, particularly when they allow these capabilities to be used within their own borders in the interest of national security, public safety, or public health. On the contrary, the United States and its allies need to focus on how these technologies can be built and used in ways that work for democracy, rather than against it. This means promoting the development of technologies that deliver on the promises of AI and big data in ways that reinforce core democratic values, such as government transparency, personal privacy, fairness, and due process.

An effective strategy would build a holistic “techno-democratic” model that can harness the same push-pull dynamic that fuels techno-authoritarianism. For the United States, the push needs to start at home, and it means accelerating efforts to implement the recommendations of groups like the National Security Commission on AI (NSCAI) and others who have warned of the consequences if the United States falls behind in the pursuit of AI and other advanced technologies. Recent defense and intelligence guidance, as well as new multilateral initiatives like AUKUS, demonstrate that the United States and its allies recognize that AI will be essential to future military and intelligence success.

It is in this area—developing the advanced military, defense, and law enforcement technologies necessary to confront modern threats—that there is an important and immediate opportunity for the United States and its partners to build a competing model to confront techno-authoritarianism. In other words, a burning platform to prove that advanced technology can secure a nation while respecting the rights of its citizens. Promoting the right technologies and advancing international norms and standards to champion democracy-affirming technologies and demonstrate their superiority over authoritarian alternatives must be a priority of U.S. technology competition strategy.

A key technological priority for the techno-democratic model must be promoting transparent and trustworthy AI and demonstrating the advantages that understandable and explainable algorithms have over their “black box” alternatives. The advantages of transparent and explainable AI solutions extend beyond the ability of users to ensure that they are working properly and avoiding bias. Accountable AI also enables better machine-assisted human decision-making. If organizations cannot understand or explain how their machine learning capabilities arrive at solutions, how confident can they be in any decision they make based on their algorithms? Good leaders ask hard questions and demand that their human analysts explain how they generate their insights and recommendations. Technology cannot be exempt from this same level of methodological scrutiny.

A techno-democratic strategy must also sustain the recently-announced multilateral commitment to promoting so-called privacy-enhancing AI technologies, which promise to deliver the benefits of big data analysis without needing unrestricted, unencrypted access to massive sets of sensitive and personal information. As the outgoing chair of the United Kingdom’s Center for Data Ethics and Innovation, Richard Taylor, recently reflected, innovation and data ethics and governance are often mistakenly viewed as concepts that need to be at odds or in tension with each other. However, as he wisely counters from his own experience, “good governance is key to driving effective innovation.” We need not compromise on innovation at the expense of ethics. We can have—and must have—both.

Ultimately, the onus is on democracies to prove that democracy-affirming technologies can be better, cheaper, and faster than the competition. This may sound overly ambitious or unrealistic, but it is a standard to which democracies must aspire if they intend to supplant the allure of technologies that erode privacy and civil liberties in the name of security, safety, or health.

Building a techno-democratic model and exporting its corresponding technology and values will fill a vacuum in the global debate over the future of technology and society. But democracies are not naïve enough to expect that this work alone will topple the techno-authoritarian model. This is a competition after all. The techno-democratic model will appeal to some undecided nations, but not to all. Carrots like technology, financial assistance, and access to technical expertise will get democracies some of the way there, but sticks must be at the ready where they fall short. The United States and the European Union have described how export controls, sanctions, and other coercive tools will be key components of future digital diplomacy. The State Department’s new Bureau for Cyberspace and Digital Policy appears to be positioned as a key stakeholder in shaping how the United States will implement its strategy to counter techno-authoritarianism.

So, can democracies benefit from the promises of emerging technology without sacrificing their core values? The answer must be yes. Not only because it is technologically possible and beneficial, but also because the consequences of the answer being no would be catastrophic to the future of global democracy.

Jake Harrington is an intelligence fellow with the International Security Program at the Center for Strategic and International Studies (CSIS) in Washington, D.C. Over the past two decades, he has served in positions at the Federal Bureau of Investigation, the Office of the Director of National Intelligence, the Office of the Under Secretary of Defense for Policy, and the U.S. Senate. He can be found on Twitter @jake_p_harr.