In the Information Battlespace, Cold War II Has Already Begun 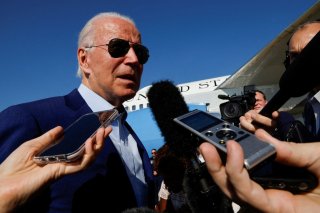 Two words no Western leader wants to say are “cold war.” Nobody wants it, but the facts speak for themselves: we are already deep into a global cold war. China and Russia are using every tool in the gray zone toolbox to advance their strategic interests at the expense of the liberal world order, and information warfare ranks among their most potent tools. We should be fighting back. Our leaders need to understand the power of the information battlespace and fund the capacity to wage it effectively.

This is not the twentieth-century Cold War. During that war, there was very little direct contact below the summit level between the United States and its allies and the Soviet Union and the People’s Republic of China. Western businesses did not do much business in Russia or China. Travel and people-to-people contact were limited.  Today, the West, Russia, and China are enmeshed in integrated global business, communication, and information ecosystems.

Though different in many ways from the Cold War of the last century, today’s cold war is a competition for hearts and minds. Each side is weaponizing information, misinformation, and disinformation for strategic effects. Russia’s influence operations in the 2016 elections in the United States and Europe are well-known. China’s disinformation and dissimulation as to the origins of Covid-19 are notorious. Those are the tip of the iceberg.

Take for example the recent disinformation attack detected by American cyber watchdog company Mandiant. A pro-Chinese information warfare squad called Dragonbridge was posting warnings of environmental catastrophe and irreparable damage from rare earth mining in Texas, aiming to stir up local opposition. Why? Because China currently enjoys a near-monopoly on the rare earth materials that so many cutting-edge industries depend on. That gives them political power that they do not want to lose.

Observers like Olivia Solan and Ken Dilanian have pointed out the distinctions between the Russian and Chinese approaches. Russia has employed a strategy of offensive operations to divide and discredit the United States and sow a loss of confidence among Americans in our social and political institutions. China uses disinformation, but its strategic approach is more sophisticated. China is less focused on tearing down competitors and opponents than building up its own standing through “discourse power.” This tactic aims to shape a narrative that characterizes China’s autocratic government as superior to democracies and to gain sympathy for China’s perspectives.

That aligns with China’s doctrine of warfare. While Western notions of warfare focus on armed conflict, Chinese doctrine—well expressed through its Three Warfares (lawfare, psychological warfare, media warfare) and its doctrinal Science of Military Strategy—eschews armed conflict in favor of political, economic, diplomatic, espionage and information tactics to achieve its goals. It employs targeted foreign direct investment, cyber theft, and exploiting access by private Chinese nationals to new technologies. The People’s Liberation Army has centralized its space, cyber, electronic, and psychological warfare operations under one organization, the Strategic Support Force, to enhance coordination.

Some confuse information operations with soft power. We are not talking about soft power. Soft power is the influence that accrues to countries because of their attraction in terms of economy, culture, politics, or other non-military attributes. Soft power is an important element in the New Cold War, but we are talking about the use of information to achieve strategic effects and objectives at the expense of our rivals. We are talking about non-kinetic warfare that may work side-by-side with kinetic operations or as stand-alone operations.

We are not helpless. The United States and its allies and partners have tremendous information power. But we have to mobilize and fund this power and recruit the talent to leverage our capabilities to achieve concrete tactical and strategic effects. China is said to have as many as 100,000 information or cyber warriors. Even the hyper-dynamic high-tech “marketplace” can’t counter that on its own. To meet the adversary in the information battlespace and to prevail—even just to compete—will require a determined governmental response. Congressional leaders, as well as national security leaders, must quit giving this challenge lip service—a new doctrine isn’t a defense, let alone a winning strategy. Information warfare is real and it is urgent; this will take real resources—people and funding. This will require bringing our vibrant private sector on board. The United States needs to get with it. This is war.

James P. Farwell has advised U.S. Special Operations Command and the Defense Department. He is an associate fellow at King’s Centre for Strategic Communication at King’s College in London, and he is the author of “Information Warfare” (Quantico: Marine Corps University Press, 2020).

Michael Miklaucic is a senior fellow at the National Defense University and the editor-in-chief of its journal PRISM.