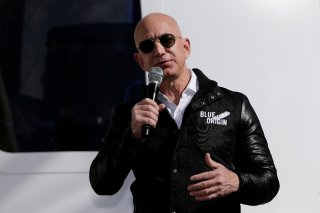 Amazon announced last week that it has agreed to acquire iRobot, the maker of the Roomba vacuum cleaner. CNBC listed the purchase price at about $1.7 billion, or $61 per share.

“We know that saving time matters, and chores take precious time that can be better spent doing something that customers love,” Dave Limp, senior vice president of Amazon Devices, said in a statement. The deal is seen as a move by Amazon to further move into both robotics and the smart home.

“Over many years, the iRobot team has proven its ability to reinvent how people clean with products that are incredibly practical and inventive—from cleaning when and where customers want while avoiding common obstacles in the home, to automatically emptying the collection bin. Customers love iRobot products—and I'm excited to work with the iRobot team to invent in ways that make customers' lives easier and more enjoyable,” Colin Angle, chairman, and CEO of iRobot said in the same release. Angle will remain CEO of iRobot.

iRobot’s history goes back to 1990 when it was founded by three people from the Massachusetts Institute of Technology’s Artificial Intelligence Lab. In addition to the Roomba, it offers other products, like the iRobot Braava. However, the company’s plans to make a robotic lawnmower, the Terra, in 2020 never came together.

iRobot had posted a 30 percent decline in revenue, in an earnings release not long before the announcement of the deal. The company’s stock, however, surged following the acquisition announcement.

Some saw less great news in the Amazon-iRobot announcement.

In a widely-shared series of tweets, anti-monopoly activist Ron Knox said that the deal “may be the most dangerous, threatening acquisition in the company's history.”

“Amazon’s interest in buying a popular product like Roomba is obvious. But with its acquisition of iRobot, Amazon would get so much more: A rival product, a vast dataset, and a new way into people's homes and lives,” Knox said. “First, this deal is bad EVEN IF you're only worried about whether the deal will hurt competition. Amazon's own devices, including Astro robot and its Echo devices, do much of what the iRobot operating system does. This deal will take its biggest rival out of the market.”

But Knox’s concerns aren’t only in the antitrust realm.

“This is also a straight-up data acquisition. The most advanced versions of Roomba collect information about your house as they clean. It knows where you keep your furniture, the size of each room and so on. It’s a vacuum and a mapping device…This would allow Amazon, the company that wants to know everything about American consumers - where we live, how we shop, what we eat, on and on - to buy out a company with perhaps the most data on the size, shape, and layout of the inside of our homes.”