Roku Goes All in on Sports Streaming Ahead of World Cup 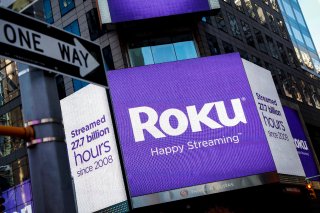 On Thursday, Roku announced what it calls an “all-new Sports experience,” which makes sports programming on the platform more centralized. The launch comes ahead of the start of the World Cup later this month, as well as the continuing NFL, college football, NHL, and NBA seasons.

“We know that keeping track of where sports are being streamed has only become more fragmented over the past few years,” Alex Hill, director of live & sports at Roku, said in the announcement.

“Watching your favorite teams should be simple, so we’ve made it a priority to build out a more seamless and streamlined way to discover and watch sports on our platform. Sports are a vital part of the streaming experience, and we will continue to make enhancements to that experience, like adding more supported providers and finding new ways for our users to follow their favorite teams,” Hill added.

Inside the sports experience, users can click on the tile for individual games and be presented with a list of options for how they can watch it on individual services. The functionality is supported by various partners, including  Apple TV, DIRECTV, FOX Sports, FuboTV, Paramount+, Peacock, Prime Video, Sling, the Roku Channel, TNT, TBS, and truTV. More partners will be added soon, the company said.

The Roku Channel is the exclusive home of The Rich Eisen Show, the talk show hosted by the longtime NFL Network host, as well as Emeril Tailgates with chef Emeril Lagasse.

In its most recent earnings report, Roku said that its total net revenue increased 12 percent year over year, while its gross profit was down 2 percent.

“In Q3, we delivered meaningful growth in scale and engagement. We added 2.3 million incremental Active Accounts, and The Roku Channel’s Streaming Hours increased more than 90% year over year,” Roku said in a letter.

“Platform revenue grew 15% year over year, which was lower than our historical growth rates but positive given the difficult macro environment. Advertising spend on our platform continues to grow more slowly than our beginning-of-year forecast due to current weakness in the overall TV ad market and the ad scatter market in particular. However, the long-term opportunity in TV streaming remains intact, and we continue to innovate and execute. We believe the strong growth in the scale and engagement of our platform, combined with the continued consumer shift to TV streaming, positions us well for when the ad market improves,” the letter continued.

The company added that it now has 65.4 million active accounts globally. Roku recently debuted the movie Weird: The Al Yankovic Story, which is probably its most high-profile piece of original content to date.