Russia Behind Cyberattack on Ukrainian Satellite Provider at Invasion’s Onset 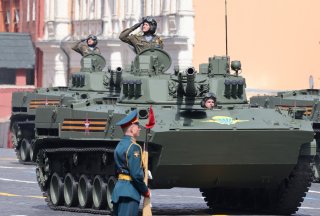 A European Council statement released on Tuesday definitively blamed Russia for a powerful cyberattack against a Ukrainian satellite-based internet system in the opening hours of the Russian invasion—leading much of Ukraine’s internet to go dark in the early days of the conflict and causing service outages in several European Union states.

The hacking attack, which took place against the KA-SAT network run by American telecommunications company Viasat, “had a significant impact causing indiscriminate communication outages and disruptions across several public authorities, businesses and users in Ukraine, as well as affecting several EU Member States,” the statement read. British foreign secretary Liz Truss concurred, claiming that the hacking was a “deliberate and malicious attack by Russia against Ukraine.”

The statement concluded after an investigation that the cyberattack was primarily intended to disrupt Ukraine’s government and military communications. However, it also caused disruptions to a pair of wind farms in Central Europe and briefly shut down internet access in local areas across the continent.

“New UK and US intelligence” had proved the involvement of the Kremlin in the attack, the European Council statement read, without elaborating.

It is difficult to estimate the extent of the damage that the cyberattack caused Ukraine, but a Ukrainian cybersecurity official claimed in March that it had caused a “huge loss in communications in the very beginning of [the] war,” giving Russia a greater advantage in the early hours. Before the attack on Viasat, a malware attack titled “WhisperGate” was found in Ukraine, similar in many respects to the highly destructive “NotPetya” worm deployed against computers in the country in 2017.

Although Russia denies conducting offensive cyberattacks, U.S. and other Western officials have long argued that they are a significant tool of its foreign and military policy.

“We have seen the Russians having an integrated approach to using physical- and cyberattacks, in an integrated way, to achieve their brutal objectives in Ukraine,” White House cybersecurity official Anne Neuberger said earlier in the week.

Since Russia’s early advances in Ukraine, the initiative has shifted; Russian troops are in retreat across Ukraine’s north and east, although they have consolidated some of their gains in the south and continue to attack the Azovstal steel plant in Mariupol, attempting to crush the last remaining Ukrainian defenders in the city.

At the same time, Russia—once feared abroad as a major power at cyberwarfare—has seen a record number of cyberattacks targeting it originating from the West, many of which are being conducted by activist groups unconnected to Western governments.