Is the United States Ready for the Third Nuclear Age? 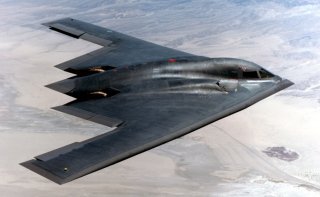 In the next few weeks, the Biden administration is likely to release both a Nuclear Posture Review (NPR) and a Missile Defense Review (MDR). These two documents are the chance for President Joe Biden and his national security team to “put their stamp” publicly on how they intend to approach issues of nuclear deterrence and national security policy. All previous NPRs and MDRs have marked an important moment in the evolution of U.S. nuclear thinking (each president has released an NPR since 1994 and an MDR since 2010), but the nuclear environment confronting the United States and the wider global nuclear order today will be quite different than what we have seen before.

This is because we are in a world far removed from 1994 when the Clinton administration sought to reorient U.S. nuclear policy toward the challenges of a post-Cold War “Second Nuclear Age,” a reorientation that was broadly followed by Presidents George W. Bush, Barack Obama, and, to a lesser extent, Donald Trump in the years that followed. But today we stand on the cusp of a different nuclear world where the challenges to the United States and the global nuclear order are changing and diversifying. We can think of this as the start of a “Third Nuclear Age.”

The move into a Third Nuclear Age does not necessarily mean that everything that the United States has done in the last three-quarters of a century to deter nuclear use against the homeland, allies, or forces based overseas is wrong or defunct, but rather that the locus of the nuclear threat has altered. Much as the attention of U.S. policymakers shifted from nuclear war and arms racing with the Soviet Union to the dangers posed by regional and non-state actors in the 1990s and 2000s, today we are witnessing another transition to a world of disruptive technological change, nuclear great power competition, and challenges to the very foundation of the U.S.-led nuclear order. The response will require a concerted shift away from three decades spent “tailoring” U.S. deterrence efforts to the perceived threats posed by “rogue states” such as North Korea by pursuing limited missile defenses, precision counterforce options, and “counter-proliferation,” towards a renewed focus on strategic deterrence both above and below the nuclear threshold against major nuclear-armed adversaries and great powers. Balancing these deterrence pressures will not be easy.

Perhaps the most pronounced component of this emerging nuclear context is the impact on U.S. deterrence and stability thinking driven by rapid and in some cases novel technological change. Of course, the impact and risk of technological innovation by adversaries has always played a role in U.S. nuclear thinking, and for most of the nuclear era the United States has been at the forefront of military technological innovation, but today this is different.

This is because it is not just the “exotic” nuclear delivery systems such as hypersonic, orbital, or nuclear-powered missiles being developed by Russia, China, and others that matter, but rather the more subtle emergence of a suite of non-nuclear and in some cases non-kinetic capabilities that can be used by U.S. adversaries for strategic missions (such as very accurate ballistic, cruise, and hypersonic missiles for conventional counterforce attacks, increasingly capable defenses, kinetic and non-kinetic anti-satellite/counterspace operations, advances in anti-submarine warfare, and left of launch attacks on missiles and nuclear command and control using computer network operations). All of which are increasingly taking advantage of improvements in remote sensing, artificial intelligence, and autonomous platforms.

These strategic non-nuclear weapons (SNNW) are being developed by U.S. competitors—in many cases as a direct challenge to regional conventional deterrence architectures ultimately underpinned by U.S. nuclear guarantees. The development of SNNW is creating two interlinked sets of nuclear risks: first, that a U.S. adversary will view strategic non-nuclear weapons as more usable than nuclear weapons and threaten their use for coercion or to take greater risks in order to achieve some type of perceived advantage in a crisis; and second, that these systems become entangled in unforeseen ways which leads to rapid unintended escalation from the conventional to the nuclear level. A good example of this might be a “cyber” attack on a U.S. satellite or a command-and-control facility designed to degrade a particular tactical capability that is interpreted—incorrectly—as a precursor to a pre-emptive disarming strike because the “target” is used for both missions. Concurrently, a greater reliance on U.S. non-nuclear weaponry for strategic missions—including deterrence—may lower the threshold for nuclear use by U.S. adversaries, and at best, undermine nuclear arms control and stability.

Technological change is happening at the same time as—and is in many ways reflective of—a transition from an era of U.S. global predominance and unipolarity to a system of great power multipolarity and nuclear competition. One likely offshoot is the return of nuclear weapons, strategic posturing, and nuclear rhetoric to statecraft in a way reminiscent of the Cold War, with a concurrent likelihood of proliferation and possibly arms racing in both nuclear and strategic non-nuclear weaponry. Indeed, we have already seen the announcement of a suite of Russian strategic weapons systems ostensibly designed to overcome any future U.S. missile defense capability and a growing concern about the possibility of a rapid expansion of the Chinese long-range nuclear missile force for the same reason.

Such moves, of course, reflect the perceived deterrence requirements by adversaries to achieve “stability,” but also the expanding political aspirations of Russia and China—and, to a lesser extent, India—to (re)shape their immediate security contexts. Consequently, these moves also have implications for both strategic deterrence and perceived regional imbalances in conventional forces and by implication for U.S. extended deterrence frameworks. We can see this playing out most acutely through recent events in Ukraine, but also reflected by increased competition in Northeast Asia and by a rising India seeking to balance the competing interests of other major powers in the subcontinent. To some extent, this return of great power competition was recognized by the Trump administration, but it will be more complex than just nuclear threats and involve competition across a number of levels including strategic non-nuclear weapons.

The final piece of the nuclear puzzle is that the Third Nuclear Age is likely to be characterized by a fissure in the nuclear order between those broadly wedded to the existing “orthodox” mechanisms of arms control and nuclear disarmament, and those demanding a different and more radical approach. We can most conspicuously see this in the agreement of the Nuclear Ban Treaty in 2017, calling for the abolition of nuclear weapons. For a generation, global society has acquiesced to an “incremental approach” to nuclear disarmament centered on the Non-Proliferation Treaty and parallel advances in nuclear arms control and non-proliferation. But patience is wearing thin. While the Ban Treaty almost certainly won’t force the United States or the eight other nuclear-armed states to disarm any time soon, it is nevertheless symbolic of the view held by many outside the elite nuclear club that a nuclear order based on the efficacy of nuclear weapons for deterrence, and one that has effectively been fashioned and led by the United States, may be unsustainable in the longer term. This, in turn, raises awkward political questions about the role of nuclear weapons in U.S. defense and deterrence posture, and might potentially further increase the interest in using advanced conventional capabilities for various deterrence missions instead.

The most likely outcome of the NPR and MDR documents is a certain amount of business as usual: a commitment to maintain a safe and secure nuclear force, continued development of homeland and theater missile defenses, and perhaps a pledge to work towards stability and arms control with major strategic competitors. There will also almost certainly be reference to “great power competition,” “new deterrence challenges,” and perhaps “novel technologies.” But the question is whether this will go far enough to meet the demands of a rapidly changing, and some would say deteriorating global nuclear order.

Ultimately, the Third Nuclear Age will be about more than nuclear threats and nuclear deterrence, it will also involve engaging with a growing range of strategic non-nuclear capabilities and missions (both in terms of threats posed to the United States and as capabilities for the United States to deploy); challenges to regional nuclear stability in the Euro-Atlantic, Asia-Pacific, and South Asia; and a broader push back against the U.S.-led system of global nuclear governance and non-proliferation. In the longer term, it is not inconceivable that the Third Nuclear Age may also represent a gradual shift away from the United States as the major player in global nuclear politics; a position it has occupied since 1945.

Andrew Futter is a Professor in International Politics at the University of Leicester; a Fellow of the UK Higher Education Academy; and an Honorary Research Fellow in Nuclear Strategy at the Institute for Conflict, Cooperation and Security at the University of Birmingham.