Is the U.S. Ready to Escalate Technological Competition with China? 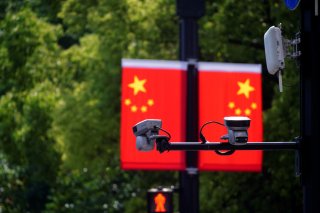 In a major speech last week, Secretary of State Antony Blinken elaborated on the Biden administration’s emerging China policy. During those remarks, Blinken explained how U.S. policy will focus on efforts to “shape the strategic environment around Beijing.” That is, to compete with—rather than directly confront—China across the economic, diplomatic, military, and technological landscape over the next decade.

Through the specific lens of technology competition, Blinken noted that “Beijing has perfected mass surveillance within China and exported that technology to more than eighty countries.” Signaling American disapproval of how China’s technological exports are bolstering Beijing’s efforts to dominate markets and normalize the use of surveillance, big data, and analytics to fuel oppression and stifle dissent, Blinken argued that the United States and its like-minded partners envision a future “where technology is used to lift people up, not suppress them.”

But how far is the United States willing to go to confront Chinese technology firms it accuses of enabling human rights violations both within China and abroad? If recent reports prove accurate, we may soon find out. In early May, the Financial Times reported that the Biden administration is considering adding Hikvision—the world’s largest producer of video surveillance equipment and services—to the United States’ most punitive sanctions regime, the Specially Designated Nationals (SDN) list.

Hikvision may be less familiar than other Chinese global technology giants (think, Huawei, ZTE, and TikTok) subject to U.S. government scrutiny and action in recent years, but it is already under varying levels of U.S. financial sanctions targeting the company’s human rights record and threats to national security. Despite the significant existing constraints on Hikvision’s ability to conduct business with U.S. companies and the U.S. government, an SDN listing would mark a substantial escalation. This escalation would not only carry significant global ramifications for the world’s largest supplier of video surveillance products but would also intensify Sino-U.S. technology competition.

Designation under the SDN freezes a target’s assets and subjects any U.S. person or organization conducting business with the sanctioned entity to potential penalties. Traditionally, SDN designations are used against individuals and organizations targeted under U.S. counterterrorism, counternarcotics, or counterproliferation programs. However, 2016’s Global Magnitsky Act granted the executive branch broader authority to designate individuals and entities engaged in human rights violations and corruption anywhere in the world.

The Biden administration widely utilized this Global Magnitsky, or GLOMAG, designation during its first year in office, using the authority to sanction individuals and organizations across the Americas, Africa, Europe, and Asia. This use of the GLOMAG authority to confront human rights abusers and corrupt officials abroad is consistent with the Biden administration’s emerging national security strategy, specifically the emphasis it places on promoting democracy and countering international corruption.

Hikvision enters the picture in connection to numerous reports of its involvement in mass surveillance of ethnic Uyghurs, and its role in enabling what the U.S. government now describes as a genocide in China’s Xinjiang province. Ubiquitous video surveillance paired with artificial intelligence capabilities is a cornerstone of the repression of ethnic Uyghurs in Xinjiang, with a former detained citizen claiming that many surveillance cameras in Xinjiang were branded with Hikvision logos. In 2018, Hikvision reportedly developed and marketed software with a so-called “minority recognition function” designed to differentiate between Uyghurs and Han Chinese. As Jon Bateman recently wrote in his assessment of the potential impact of an SDN designation, “Hikvision arguably has the worst human rights record of any globally recognizable Chinese tech company.”

Part of the story, therefore, is that the United States may be seeking to exercise the full scope of its authorities under the Global Magnitsky Act: exerting maximum pressure on any individual or organization responsible for building and selling technologies that are used to commit human rights violations. From this perspective, sanctions are a tool for promoting the United States’ “techno-democracy” agenda. In fact, Hikvision would not be the first Chinese technology company accused of enabling human rights abuses to be targeted with an SDN designation. That distinction belongs to the Chinese firm CEIEC, which was sanctioned in 2020 for providing Venezuela’s Maduro regime with a commercial version of China’s “Great Firewall.”

But, while CEIEC is a Chinese technology with an international presence, its similarities to Hikvision largely end there. Hikvision is a global market leader, operating in more than 180 countries across the defense, public safety, commercial, and personal security marketplaces. It retains an extensive presence in the United States, the United Kingdom, and other Western nations. And it is—by far—China’s largest artificial intelligence firm. An SDN designation for a global technology company this large and deeply integrated into American cities, schools, hospitals, and homes will be painful and costly. More than 100 U.S. municipalities invested in Hikvision technology in recent years, even as the federal government undertook a Congressionally-directed divestment from the company. If Hikvision’s business activities in the United States were fully blocked, the future of these systems would be immediately cast into doubt. Even the delivery of critical software patches or firmware updates would require a license from the Department of Treasury.

Outside of the United States, the dominance of U.S. financial institutions and dollar-denominated transactions could almost certainly weaken Hikvision’s global sales and its ability to secure access to suppliers. Approximately 25 percent of Hikvision’s sales come from abroad, and, without any formal announcement by the U.S. government, Hikvision has still incurred substantial economic losses. Hikvision’s stock has lost more than 20 percent of its value since the Financial Times story broke, erasing $15 billion in market capitalization.

Based on translations of recent articles and speeches by Chinese academics and government officials, a potential U.S. decision to escalate sanctions against Hikvision would merely confirm the prevailing sentiment in Beijing. As one prominent Chinese scholar wrote earlier this year in an assessment of the Biden administration’s China strategy: “The high-tech R&D and cutting-edge manufacturing fields have actually become the main battlefields of the United States’ ‘new containment strategy’ against China.” Through this lens, both Chinese academics and government officials have repeatedly characterized U.S. efforts to pursue technology partnerships with like-minded partners and allies—including the Quad, AUKUS, and the U.S.-E.U. Technology and Trade Council—as thinly veiled efforts to block China from pursuing its legitimate economic interests. As Xi Jinping claimed in his remarks at the World Economic Forum, such efforts are focused on building “exclusive yards with high walls,” which “[overstretch] the concept of national security to hold back economic and technological advances of other countries, and of fanning ideological antagonism and politicizing or weaponizing economic, scientific and technological issues.”

This is all to say that, regardless of the ultimate decision on sanctions for Hikvision, the battle lines between Washington and Beijing on these issues are drawn. Washington has announced its intention “to promote consensus-based, values-aligned technology standards,” and Beijing is continuing to hone and amplify its messaging, warning against those “wearing a ‘democratic’ vest and arriving as a teacher to swindle and cheat on all sides.” There is legitimate concern that an escalating series of reciprocal sanctions would leave both sides wounded, accelerating a technological “decoupling” to an unsustainable pace. China recently introduced its own “Unreliable Entity List,” which would target entities “endangering China’s national sovereignty, security, or development interests,” but it has yet to exercise this authority.

Despite China and the United States signaling their views quite clearly, the bigger challenge in the global struggle over the role of technology in society is that it is not binary. It is not one purely defined by democracies and autocracies, or by individual superpowers like the United States and China. The arena where norms and standards will ultimately be determined will be heavily influenced by the “hedging middle.” The uncomfortable truth for the United States is that states, even democratic ones, want to harness the benefits of emerging technology and data analytics. These capabilities, of which AI-enabled video surveillance is merely one, promise to keep our cities safe, improve public health outcomes, optimize government services, and enhance national defense. However, as the mounting evidence in Xinjiang underscores, the same technologies that offer so much potential are susceptible to abuse. So, while the United States may view sanctions against Hikvision as a necessary measure to hold those enabling human rights abuses in Xinjiang to account, they will not answer a more important question for the 180 countries where Hikvision technology is in-use: what comes next?

What differentiates a “democracy-affirming” producer of video surveillance technology from a company like Hikvision? Will the United States make this distinction based on a company’s customers or its technology? Looking at the hedging middle—which is comprised of states pursuing their own sovereign interests untethered to global norms dictated by Washington or Beijing—how would a financially crippled Hikvision affect their calculus? Will it mean they are forced to pay higher prices or completely rebuild systems currently based on Hikvision equipment?