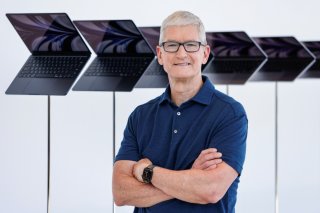 The shipments dropped for the second consecutive quarter, after two years of growth, as the pandemic and increased at-home work and school led to a massive spike in PC usage.

The numbers, however, were similar to those pre-pandemic, as 74.3 million units were shipped in the second quarter of 2020.

"Fears over a recession continue to mount and weaken demand across segments,"  Jitesh Ubrani, research manager for IDC's Mobile Device trackers, said in the release. "Consumer demand for PCs has weakened in the near term and is at risk of perishing in the long term as consumers become more cautious about their spending and once again grow accustomed to computing across device types such as phones and tablets. Meanwhile, commercial demand has been more robust although it has also declined as businesses delay purchases."

Declines are also seen in the United States.

"With education PC appetite saturating and consumer demand stagnating, the U.S. PC market is staring at another quarter of double-digit decline across most segments," said Neha Mahajan, research manager with IDC's Devices and Displays team. "Commercial PC demand is also showing signs of a slowdown, however, there are still pockets of growth expected in certain commercial sub-segments where demand for low-mid range Windows devices remains active and unfilled.”

There was a sizable drop-off for the fourth-place brand, Acer, which had 5 million units shipped and 6.9 percent. Apple and ASUS are listed as tied for fifth, although Apple had 6.7 percent of the market and ASUS 6.6 percent. The “others” category had 12.6 units moved and 17.7 percent.

In the second quarter of last year, Apple was in fourth place with 6.2 percent of the market.

Another research firm, Gartner Research, traditionally releases its quarterly PC shipment figures on the same day as IDC. However the Gartner numbers had not come out as of the early afternoon on Monday.

Stephen Silver, a technology writer for The National Interest, is a journalist, essayist and film critic, who is also a contributor to The Philadelphia Inquirer, Philly Voice, Philadelphia Weekly, the Jewish Telegraphic Agency, Living Life Fearless, Backstage magazine, Broad Street Review and Splice Today. The co-founder of the Philadelphia Film Critics Circle, Stephen lives in suburban Philadelphia with his wife and two sons. Follow him on Twitter at @StephenSilver.​