‘Mulan’ and More: The Best of What’s Coming to Disney+ in September 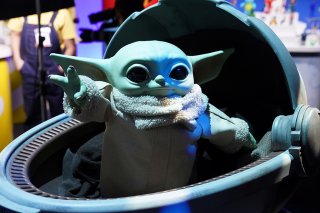 Mulan, the live action remake of the popular Disney animated film from 1998, is coming to Disney+ in September. Sort of.

The film was originally scheduled to arrive in theaters at the end of March, and a premiere was even held on March 9. But coronavirus pandemic postponed the planned release of the movie, which has been pushed back multiple times since.

On August 4, during its earnings call, Disney made the shocking announcement that Mulan would come out September 4 on Disney+ as a “premium VOD” release that was set at the unusually high price point of $29.99. Disney announced earlier this month that Disney+ subscribers could rent Mulan through Apple, Roku, and Google, although not through Amazon’s Fire TV platform.

The arrival of Mulan will represent a test for a new movie business model, with the potential for major changes to how movies are released.

Here are some other major titles coming to Disney+ in the month of September: