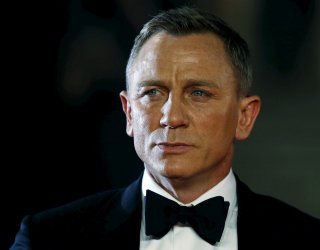 Most months, Amazon Prime Video is the last of the streaming services to announce its lineup for the following month. But the list is out, and the service will add some prominent classic movies, in the month of September. A recent study by Realgood found that Amazon Prime Video has the most movies from the years 2018-2020 available on any streaming service, with 1,820, although Netflix and Hulu both have more “fresh” TV shows.

Some highlights of what’s heading to Prime in September:

“Casino Royale” (September 1.) Parts of the James Bond movie series keep switching between different streaming services, and this time Prime is adding “Casino Royale,” from 2006, which was the first 007 movie to star Daniel Craig, and the most acclaimed.

“Close Encounters Of The Third Kind” (September 1.) Also coming to the service at the start of the month is Steven Spielberg’s acclaimed sci-fi movie from 1977, about a group of people in Indiana who confront a UFO.

“The Boys,” Season 2 (September 4.) “The Boys,” a comic book adaptation, had an acclaimed first season that debuted on Prime in the summer of 2019, and now the show, which stars Karl Urban, Jack Quaid, and Jessie T. Usher, returns for season 2.

“Dino Dana The Movie” (September 4.) This movie, about a ten-year-old girl who sees dinosaurs in the modern world, is set to arrive on Prime in early September.

“All In: The Fight For Democracy” (September 18.) The latest political documentary in this season of politics was codirected by Liz Garbus—who made the recent HBO documentary version of “I’ll Be Gone in the Dark” —and Liz Cortes. It features Stacey Abrams, the former Georgia gubernatorial candidate, and her quest to combat voter suppression.

“Utopia” (September 25.) This TV series has been gestating for many years, including a period where it was set up at HBO with David Fincher directing. The show, based on a British original, has proceeded at Amazon under the supervision of “Gone Girl” author Gillian Flynn, and stars a cast that includes Sasha Lane, Rainn Wilson, Desmin Borges and John Cusack.

“Force of Nature” (September 28.) This action film, which had a brief release in June, is about a heist during a hurricane, and it stars Mel Gibson, along with Emile Hirsch and Kate Bosworth.