$230 A Year for Cable Boxes? 5 Dumb Charges on Your Cable or Satellite TV Bill 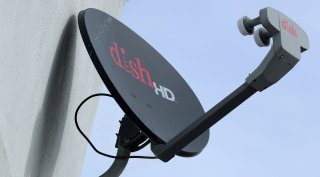 Be honest: When was the last time you looked closely at your cable TV bill? The likely answer is probably never.

This is the case with millions of Americans who unwittingly shell out millions of dollars combined in extra fees and charges each year to cable and satellite TV companies.

According to a recent study by Consumer Reports, cable bills cost nearly $450 more than you would expect every year because of those outright pesky surprise fees. These extra charges cost consumers, on average, $37 a month, increasing the bill 24 percent from what was originally advertised.

Many subscribers have already said enough is enough and have cut the cord, dropping their cable TV plans for streaming services like Netflix, Roku and Disney Plus. But if you still want to stick it out with your cable or satellite TV provider, here are five fees that you need to know about.

First up is the “Regional Sports Fee,” which cable TV companies say is vital in helping them recover the high costs of carrying all of those regional sports channels. This fee varies from city to city, but it can reach about $8 per month. Over the course of 12 months, that’s $96 per year – good money that could be spent elsewhere.

Another irritating charge is the “Broadcast TV Fee.” This is a sneaky one because cable companies claim that it is needed to help them recoup the increasing costs of carrying network TV feeds. Companies like Comcast already own a huge chunk of the broadcast TV industry. So, in reality, these companies don’t need to recoup anything.

One of the most annoying charges is the “HD Technology Fee,” which can get up to about $10 a month. Major broadcasters like ABC, NBC and Fox provide their respective channels in HD quality. But when you get cable TV service from companies like Comcast or Spectrum, they figure that you should pay up to get that content via their set-top boxes in HD. Pretty selfish, but that’s the way the business is run.

The tough-sounding “Regulatory Recovery Fee” seems like some sort of tax levied by the federal government – surprise, it’s not. Instead, it’s a tax levied by the cable company. But by labeling such charges as a fee, it allows the cable or satellite TV company to advertise a lower price while still charging you more.

Finally, there’s that “Set-top Box Rental Fee,” which can cost the consumer on average anywhere between $7 and $15 a month. Moreover, households that access cable TV service from more than one TV typically have to pay for multiple boxes. One particular study released several years ago found that the average American was spending about $230 annually just to use the TV provider’s set-top box. The quick and easy solution to this is to cut the cord and finally embrace streaming or find a way to purchase your set-top box outright.