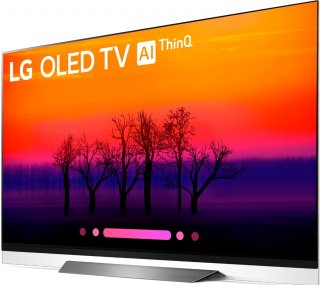 If picture quality is the only thing on your mind for your next TV purchase, the choice is simple: Buy an LG OLED TV.

No matter how you spin it, you won’t find better picture quality. Not from LCDs and not from QLEDs. Armed with OLED tech’s self-emissive pixels, you will get perfect black levels, precise colors, wide viewing angles and outstanding uniformity.

Now, that doesn't mean that LG’s OLED offerings are immune to pesky issues. Here are five of the biggest reasons why some people hate LG’s OLED TVs.

For many, the most annoying problem is image retention, which is quite different from burn-in. Image retention is more common and a temporary issue. The image that remains as a ghostly background on the screen usually goes away after several minutes, but that’s something that people feel like they shouldn’t have to deal with from such a high-end TV.

The second reason is the aforementioned burn-in. Despite all of the goodness that OLED screens offer, that is the technology’s Achilles’ heel. Since this issue is permanent, this is a much more serious problem, possibly flushing down the drain thousands of dollars that you committed to purchasing this TV.

Keep in mind that taking proper precautions could help lessen the chance of burn-in, such as not leaving a single, static image element like a channel logo on-screen for long periods of time. Yet, as annoying as this can indeed be, OLED burn-in will likely not happen with normal use.

Next up is the price. Especially for budget-conscious folks out there, spending $2K-plus on a TV just isn’t going to happen. Yes, the picture quality is top of the line, but if you can live with a slightly inferior panel, you can save a grand or more by going with a Hisense or a TCL TV. You’ll even save a few hundred bucks if you decide to purchase a Samsung QLED TV, which isn’t a shabby fallback option.

One particular issue that really irks LG OLED TV owners is the operating system, which is known as webOS. It lacks the innovative extras and app-based setup and coverage of Roku TV, Samsung’s Tizen or Sony's Android TV. If you desire more apps, your best bet is to get an external streamer, but there have also been reports of apps not working properly or crashing frequently.

The final reason, although it has improved in recent years, is LG’s customer service. There have been regular complaints of the company’s customer service being too slow and confusing. This was especially pronounced when there were issues with burn-in. After hours-long waits on phones and lack of sensible course of action, some customers felt like they had to quietly take the monetary loss.