6GHz Wi-Fi Routers: A Game Changer That Could Transform the Internet? 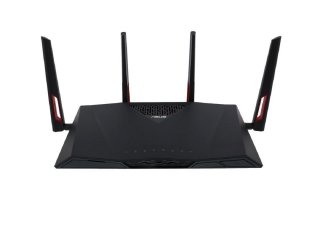 Millions of Americans are hunkered down inside their homes, working and learning remotely and consuming streaming content at unprecedented levels (check out the boost in subscriber numbers for Disney Plus and Netflix). They are accessing the internet on assorted devices like smartphones, tablets, laptops, PCs, gaming consoles and smart TVs.

Your Wi-Fi network is ready to explode.

Not literally, of course, but just the same if you are constantly being kicked out of videoconference rooms and your children’s virtual classes.

During this COVID-19 pandemic, the internet infrastructure in the U.S. has proven to be strong enough to handle the extra workload. It is, however, a wholly different story for internet users who must rely on older Wi-Fi routers.

With this in mind, for the first time in more than two decades, the FCC has approved a new lane for Wi-Fi traffic.

The latest lane spans the 6GHz frequency range, which means that it will be much faster than the traditionally often-used 2.4GHz and 5GHz bands. The 5GHz band is better for shorter ranges but has a more difficult time going through solid objects like walls.

What’s really intriguing about the 6GHz frequency range is that it’s more than twice as wide as the 2.4GHz and 5GHz bands combined, which means that your router will be able to seamlessly communicate with many 6GHz-enabled smartphones and tablets simultaneously.

Electronics with 6GHz Wi-Fi is not yet available to purchase, but when they do become available, most likely later in the summer, they will come with the Wi-Fi 6e designation.

For many in the industry and the general public, opening up the 6GHz frequency range has been a long time coming. The rise of Internet of Things products, data-intensive gaming consoles and other tech devices has placed much stress on older-generation routers.

With more and more broadband networks becoming overwhelmed, speeds have taken a big hit. According to a recent survey by Broadband Now, about 25 percent of the top 200 U.S. cities have “recorded download speed dips of 20 percent or greater.”

All it took was a global health pandemic to drive forward this new addition to our Wi-Fi arsenal. Perhaps this will end up being a blessing in disguise, as Wi-Fi 6e will certainly remain in place long after COVID-19 is eradicated – and we will all benefit greatly as our reliance on this technology will only continue to grow.