Apple and Hyundai: Teaming Up to Build the Ultimate Electric Car? 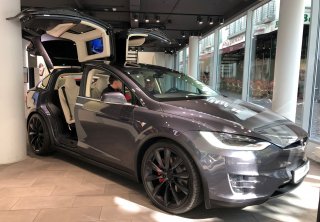 The last few weeks have been full of conflicting reports, from both analysts and media, about Apple’s plans to produce a car.

The Apple car project, which goes by the name Project Titan, has been in the works for many years, mostly in secret, although Apple observers have often had to go by clues posed by job listings and vague public comments by Apple executives.

In December, Apple reshuffled the executives who were supervising the project. Then, the following week, Reuters reported that Apple was “targeting 2024 to produce a passenger vehicle that could include its own breakthrough battery technology.” Indications for a while, prior to then, was that Apple wasn’t making a standalone car, but was developing technology that would be used to partner with other manufacturers.

Other reports have stated that Apple will likely take longer than that, with Bloomberg News, earlier this week, reporting that development of the product was in “early stages,” and that the fruition of the project was “at least half a decade away,” which would place its arrival at around 2026.

Apple, per the report, “has a small team of hardware engineers developing drive systems, vehicle interior and external car body designs with the goal of eventually shipping a vehicle.”

Meanwhile, another report Thursday, for the first time, named a car company that was in collaboration with Apple on such a car-the South Korean company Hyundai. Following the report by the Korea Economic Daily, Hyundai confirmed to CNBC that it had indeed had such talks with Apple.

“We understand that Apple is in discussion with a variety of global automakers, including Hyundai Motor. As the discussion is at its early stage, nothing has been decided,” A Hyundai spokesperson told CNBC. The news sent Hyundai’s stock soaring on Tuesday.

The report out of Korea had stated that the collaboration was Apple’s idea and that Hyundai was “reviewing the terms.” The arrival of the car was timed for 2027.

Analyst Daniel Ives of Wedbush, in a note this week, predicted that Apple will make some sort of announcement this year, which “lays the groundwork to enter the burgeoning EV space.”

“We would assign the chances of Apple unveiling its own standalone car by 2024 as 35%-40% given the Herculean-like auto production capabilities, battery technology ramp, financial model implications, and regulatory hurdles involved in such a game-changing initiative.” Ives wrote in the note. “In addition, on the autonomous front and given safety/regulatory issues we would see a longer timeframe if Apple ultimately heads down this path especially given the cautious DNA of Cook & Co. in launching new products.”