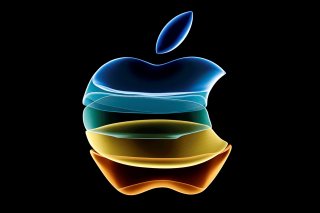 For the last several years, Apple has been reported to be working on a project to develop an electric and/or self-driving car technology. Apple has rarely said anything about the effort, which is known as “Project Titan,” leaving the tech press to decipher clues from leaks, job listings, LinkedIn updates, and vague comments by Tim Cook and other Apple executives.

This week, there were some developments in the evolution of Project Titan—it has a new supervisor, and also, reportedly, a supply deal.

Bloomberg News reported that the self-driving car unit has been moved under the leadership of Apple’s artificial intelligence chief, John Giannandrea. Doug Field will continue to run the division on a day-to-day basis.

Bob Mansfield, who had been Apple’s senior vice president of hardware engineering, is retiring from the company, the report said.

Also this week, the Chinese site Digitimes, per a translation by 9to5Mac, reported that Apple is “working with TSMC on self-driving chips and exploring the possibility of some sort of factories in the United States.” 9to5Mac did say, however, that Digitimes’ track record on this type of rumor is mixed, and that the report itself is “sketchy.”

The actual form of Project Titan, and what its ultimate goals are, remain unclear. The original plan, per Bloomberg, was for Apple to develop an electric car to compete with those of Tesla, with self-driving capabilities, although at some point the plans appear to have been pared down from development of a physical car to merely autonomous car technology, a theft that included laying off many employees.

Apple is also known to have tested the technology live.

Tim Cook made a rare public comment on the project in a 2017 interview with Bloomberg Television.

“We’re focusing on autonomous systems,” Cook said in that interview. “It’s a core technology that we view as very important.”

And in separate incidents in 2018 and 2019, two Apple employees associated with Project Titan were arrested and charged with stealing self-driving tech-related trade secrets with the intention of selling them to Chinese rivals.

John Giannandrea’s official title is senior vice president, machine learning and artificial intelligence strategy, and he reports directly to CEO Tim Cook. He worked early in his career for General Magic, the fabled company that employed several early Apple veterans and developed a product that resembled a smartphone, decades in advance.

The Scotland native also had a long career with Google, where he headed the artificial intelligence business, before jumping to Apple in 2018, with a mandate to improve the functionality of the Siri feature, The Verge reported at the time.