Apple Is Closing Stores in Some States Due to Coronavirus (Florida, South Carolina and Others) 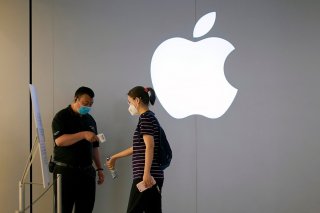 In mid-March, Apple closed all of its Apple Store locations outside China, due to the coronavirus pandemic. The company began to reopen stores the second week of May, and announced plans to open 100 more at the end of May.

Then, after Apple Stores nationwide were looted during unrest following the killing of George Floyd, many of those stores that had opened were then one again closed. Earlier this week, Apple reopened some stores in New York City.

Now, due to a resurgence of coronavirus cases in some parts of the United States, Apple announced that it will close 11 stores in four states, Florida, North Carolina, South Carolina, and Arizona.

The closing stores include six in Arizona, two each in Florida and North Carolina, and one in South Carolina. Apple is not closing every one of its Apple Stores in those states.

“Due to current Covid-19 conditions in some of the communities we serve, we are temporarily closing stores in these areas," Apple said in a statement to the media Friday. "We take this step with an abundance of caution as we closely monitor the situation and we look forward to having our teams and customers back as soon as possible."

The news, per CNBC, caused Apple's stock to dip, and affected the stock market overall, as fears returned about a resurgence in coronavirus cases.

Analyst Daniel Ives of Wedbush Securities, who follows Apple, weighed in on the news and its impact on Apple's performance.

"While the headline will cause some worries among investors as the Apple stores staying open remain a key artery and driver of consumer demand as the lockdown eases, fundamentally speaking we view these temporary closures as having a negligible demand impact near-term," Ives wrote in a note Friday.

"That said, Apple re-closing stores after re-opening many of these stores over the past month is a worrisome trend that speaks to the volatility and fluidity of this COVID environment as Cupertino (and other retailers) will continue to be cautious globally for its iconic Apple stores (and keeping employees safe) in case any spikes are seen in geographic pockets."