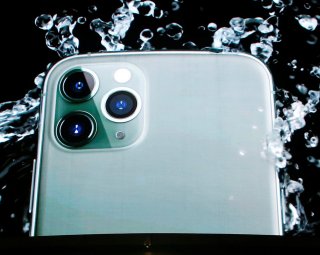 Display Supply Chain Consultants reported this week that Apple appears to have paid $950 million to Samsung, as a penalty, for “purchasing fewer OLED smartphone panels than required.” Previously, the Elec had reported that Samsung received such a payment, although allegedly the amount was lower.

As a result of the payment, Samsung posted an operating profit in the quarter for its display device business, rather than a loss. In the second quarter of 2019, per DSCC, Apple paid Samsung 900 billion KRW (over $745 million in U.S. dollars) also over an OLED panel shortfall.

Samsung, per CNBC, reported that its profit for the second quarter likely increased by 23 percent over the same period in 2019. The expected profit, of the equivalent of $6.8 billion, beat analysts’ estimates. However, the company’s revenues were seen as down 7 percent year over year, in Korean won terms.

The DSCC report didn’t specifically say that the purchases were related to the iPhone, but Apple has contracted with Samsung Display for years on its iPhones, including OLED panels since the arrival of the iPhone X in 2017. The news has been interpreted by some as an indication that Apple sold fewer iPhones than expected in the second quarter of this year, with many of its Apple Store locations closed. Apple will announce quarterly earnings at the end of this month, although the company in 2018 stopped sharing sales numbers for specific categories in its earnings reports.

This year’s iPhone lineup, according to a previous DSCC report, is expected to once again utilize Samsung Display OLED panels, although Apple is also expected to use LG Display for one of its models. Another supplier, BOE, had also been lined up for the iPhone, but has reportedly dropped out of the initial run.

Apple and Samsung are longtime rivals who compete in the high-end smartphone space and also have a long record of suing one another over patents. However, they’re also frequently in business with one another.