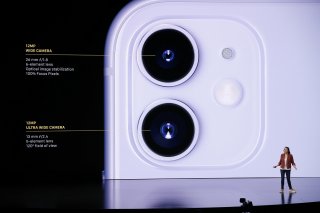 Apple, as it does every year, is expected to release new iPhone models in the fall. Much of the speculation about this year’s iPhones has centered on whether there might be a delay in their production, due to Chinese supply chain disruptions caused by the coronavirus pandemic.

A new report looks at what Apple is preparing to put out this fall, and sees four models arriving in four different sizes, following a six-week production delay that will see the new iPhones arriving in October rather than September.

Prices are speculated to be lower than expected, while Apple is expected to change the size and shape of the phone’s notch. And as expected, at least some of the models will have 5G capability.

Apple will also be using different panel suppliers for different models, with Samsung Display providing the panels for all but the iPhone 12 Max, which will source its panels from BOE and LG Display.

As for timing, per the report, “we also hear that panel production will start around 6 weeks late, so rather than early June, it won’t start till the end of July which should imply a delay in the iPhone 12 launch from September to October.” The analyst also predicted that pandemic notwithstanding, the iPhone 12 would go down as “Apple’s most successful launch in years due to 5G, all OLED and prices potentially as low as $649.”

This information, perhaps, needless to say, is not confirmed, and likely won’t be until Apple makes an official announcement months from now.