What We Know: iPhone 12 Specs and Prices Are Taking Shape (OLED and More) 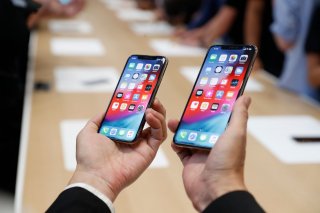 Despite the novel coronavirus closing many of Apple’s stores and causing production delays in China, it appears that the much-awaited iPhone 12 launch is on schedule for possibly September or October.

Although nothing has been 100 percent confirmed, there are still rumors out there that try to predict what features will come with the new iPhone. One is that Apple may introduce 3D depth-sensing to its rear cameras and perhaps different screen sizes.

Another is the expected jump into the 5G universe, which is something Apple’s archrival Samsung has already achieved with the launching of several 5G phones this past year.

Apple fans have indeed been clamoring for a 5G device to fully enjoy what this exciting next-gen network can bring. Many major U.S. cities already have 5G networks, but the areas that receive such signals that reach gigabit-level speeds are still limited.

Some of the awesome 5G perks include greater speeds in transmissions, lower latency and greater capacity for remote executions. The improved speed in transmissions will enable quicker access to files, programs and remote applications, and likely the Cloud will be utilized much more instead of installing certain storage-intensive programs and apps.

As for the iPhone 12’s price, it appears that Apple will continue to have inexpensive price tags for its lower-tier phones. The cheapest iPhone 12—the 5.4-inch model with 128GB storage—is expected to sell for about $650, which is welcomed news for those who are more budget-conscious.

The iPhone 12 lineup is also expected to boast top-of-the-line OLED displays, which aside from the pesky issue of burn-in, will give users a bump up in overall image quality.

There are also rumors that the iPhone 12’s display will feature a 120Hz refresh rate, giving the phone a faster and smoother feel. In today’s market, there are phone offerings out there, most notably Galaxy S20 and the OnePlus 8 Pro, that do offer 120Hz, but most still refresh at 60 frames per second.