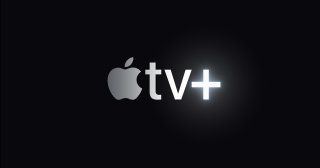 Since the coronavirus pandemic hit, auto sales have flatlined. Real estate is in hibernation. The travel industry is dead. Even the news industry, at a time of record readership, has been stuck by an advertising drought. But one industry is beating the coronavirus economy: online streaming.

Established video streaming services like Netflix, Amazon Prime, and Hulu have all reported double-digit percentage increases in their subscriber bases. Disney Plus has rocketed from zero to more than 50 million subscribers in less than six months. And you can be sure that HBO is kicking itself for having missed the boat, with its HBO Max service not due to launch until May 27.

One streaming service that seems not to have joined in the subscriber feeding frenzy is Apple TV+. While other providers are bragging about their outsized gains, Apple has been notably silent. A Wall Street Journal / Harris Poll survey conducted in March suggests that Apple is at the bottom of the streaming barrel, behind the legacy HBO Now platform and just keeping ahead of the decidedly old-school CBS All Access.

That's especially bad news for Apple, which is keen to transform itself from a hardware company into a netware company. Apple still makes most of its money from selling iPhone hardware. But its profit margins on services are more than double those on phones, and growing. Most of those services are forms of netware -- using the iPhone platform to network Apple customers to third party service providers.

Apple TV+, however, is a straight entertainment service, in which Apple makes its own content available to its subscribers. It has become an article of faith in the streaming business that original content drives new subscriptions, but the wildfire success of Disney Plus shows how important it is to have a library catalog, too. The Netflix magic formula has been to combine a solid library with edgy new content, while Amazon Prime offers a host of Hollywood classics.

Instead of piggybacking on other people's content, Apple seems to want to become a movie studio, and that's its problem. Apple might become a great online movie studio, like Netflix. Or it might fail, as so many movie studios have in the past. The creative industries are notoriously hit-or-miss, and there is no particular reason to believe that Apple will be any better at making movies than Amazon. It almost certainly won't be as good as Disney or HBO.

Apple is, fundamentally, a technology company. Its model for transition to streaming services should have been Amazon Prime or YouTube Premium, not Netflix. Both Amazon and Google/YouTube are successful netware companies that primarily make their money by connecting people to other people and the services they offer online. Their business models are not so different from those of ride hailing companies like Uber and Lyft or social networks like Facebook and Twitter. All of these companies make money from sitting at the center of online networks.

Or Apple might have learned the netware lesson by looking at the success of Apple Music, or of its own App Store. Content production is a risky business that is best left to the professionals, though there is perhaps a role for cash-rich technology companies to play in bankrolling a few flagship creative endeavors. But what tech firms to best is technology. If Apple had pioneered a new way to watch movies, every video streamer in the world would be lining up to stream on the Apple platform. As it is, Apple TV+ is just another online movie studio, and worse -- a studio that can only be accessed on the iPhone.

The coronavirus pandemic created a bonanza for video streaming services. If Apple TV+ can't succeed under current conditions, it will never succeed. But that doesn't meant that Apple can't make money from streaming. The current crisis is probably the tipping point at which the legacy reality of movie theaters fully gives way to the emerging technology of streamed content. Apple is still well-placed to take advantage of that transition, but it will have to be a lot more creative if it wants to succeed in doing for movies what it once did for music: change the way the world works.

Everyone made knock-off iPods and iPhones. No one is going to make a knock-off Apple TV+. They don't even have to; Apple just did.