Apple's New MacBook Pro: The Reviews Are In 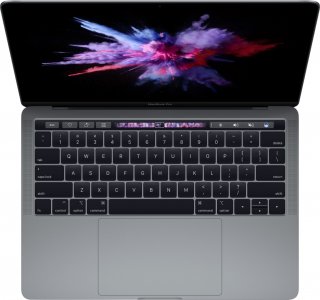 Apple this week took the wraps off its newest 13-inch MacBook Pro, which represents the final death of the company's much-derided "butterfly keyboard." The new model replaces that with what Apple calls the "Magic Keyboard," which had previously come to the 16-inch MacBook Pro, as well as the most recent MacBook Air.

The first reviews have been published for the new model, and they're mostly positive. Nobody, it’s clear, misses the butterfly keyboard, although some reviews noted the upgrade isn’t that massive in most other respects.

Engadget's Dana Wollman calls the new MacBook Pro "easier to recommend," thanks to the improved keyboard. She gave the computer a total score of 87 out of 100, praising the keyboard, "bright and colorful display," the doubled base storage and battery life.

Her listed cons were that the "bottoms side can get hot," that the top-of-the-line processor is only available in the $1799 model and above, the lack of USB-A ports and the SD card reader. She added that she is "still not feeling the Touch Bar."

"For shoppers who have been holding out for a new MacBook Pro with a more usable keyboard, you can upgrade now, confident you’re making a good choice," she wrote.

On The Verge, Dieter Bohn was impressed, writing "come for the keyboard, stay for the performance." He called it a "spec bump," aside from the new keyboard, and while it didn't make as much of a hardware leap as the recent 16-inch MacBook Pro and MacBook Air, Bohn acknowledged that the elements of the MacBook Pro were already "quite good."

"If what you came here for was to find out if it’s better than the butterfly keyboard, the answer is yes — in every way," he wrote. "Apple has delivered an update to the 13-inch MacBook Pro that does the things most people would expect a good laptop to do. First and foremost, the keyboard is expected to be trustworthy."

And writing for TechCrunch, Brian Heater talked mostly about the keyboard, before stating that without it, the new MacBook Pro would go down as "a fairly standard MacBook upgrade."

" If you’re opting for the Pro over the Air, it’s likely you need more processing power for things like video editing or perhaps some gaming, so you’ll want to upgrade over the base-level to make sure you’re covered," Heater advises.