The Atari Console Is Coming Back in November, With Streaming Support 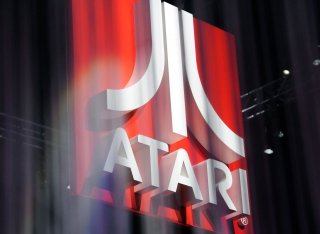 It’s been quite a week for the returns of formerly dead technology brands.

CompUSA, the long-dormant electronics chore chain, has been revived as an e-commerce site, which entered beta status this week, at CompUSA.com. In addition, the pioneering streaming giant Napster will be relaunching once again, following its purchase by a London-based VR concert-streaming company called MelodyVR. Since its heyday more than twenty years ago, Napster has had numerous owners, including Best Buy for a time.

Now, get ready for the return of Atari.

The iconic video game system that dominated for a brief period in the early 1980s, before it was eclipsed by the original Nintendo Entertainment System, Atari’s return has been anticipated for some time. A new Atari VCS edition was actually announced at E3 back in 2017, but that has been followed by a series of delays, including some reports of internal turmoil.

However, Atari has now announced pricing for the device, as well as partnership with the streaming platform Plex. The company also announced that the Atari VCS will ship in November. The listed price is $399.99 for the bundle that includes the main system, the Atari VCS Classic Joystick and the Atari VCS Modern Controller, although those are also all sold separately. Those preordering will get a $10 discount.

The product is described as a “PC/console hybrid,” which the company promises “an ever-expanding Atari world of all-new games, classic and remastered favorites, streaming media, and personal apps.” The website also says that the console will include 100 Atari classic games for free.

“We set out from the start to make the Atari VCS a home entertainment gateway by offering the versatility of a fully-featured mini-multimedia-PC, with a focus on classic and new games, and extensive streaming capabilities,” Michael Arzt, COO of Atari VCS & Connected Devices, said in the announcement.

“Plex is the clear market leader when it comes to easily hosting and accessing a diversity of content from movies, to TV to Tidal music and more, which makes them an exciting partner for the Atari VCS at launch and beyond.”

The new Atari product comes from Atari SA, a French holding company that now owns the Atari name, after it was sold multiple times since the original video game company’s heyday. Despite its Japanese-sounding name, the original Atari company never had anything to do with Japan, and was founded in California in 1972. In fact, the product failed when it was introduced in Japan in 1983.

The VCS will go head to head this holiday season with new consoles from both Sony and Microsoft.

The Atari VCS is available for preorder.