Sony Just Revealed Which TVs Are Ready for PS5 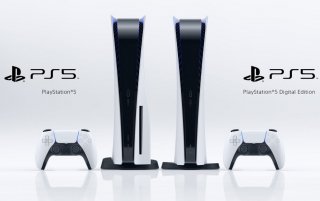 With the TVs that were released this year, a major consideration for many TV buyers has been which ones will make their video games look the best, especially when the latest generation of video game systems arrive later this year. Both Microsoft’s Xbox One X and Sony’s PlayStation 5 are set to hit stores in time for the holidays.

Sony, which makes both TVs and video game systems, on Wednesday announced that it has designated some of its TVs “Ready for PlayStation 5,” in order “to make it easier for consumers to select the optimum TV in preparation for the highly anticipated launch of the PlayStation 5 (PS5.)

“The X900H displays gameplay images of up to 4K resolution at 120 FPS3 with a very low input lag of 7.2MS4,” Sony said in the announcement. “The Z8H is capable of displaying incredibly detailed 8K resolution images, while also showcasing 4K resolution gameplay images at super-smooth 120 FPS3 (supporting spec varies by PS5 game). Both TVs will provide extremely smooth gaming experiences with the PS5 console.” The TVs also include Game Mode, which automatically places PS5 games in low latency.

In RTINGS.com‘s review of the X900H, published July 9, the site gave the TV an 8.0 overall mixed usage score, while giving it an 8.1 for video gaming.

“The X900H is a great TV for gaming. It has an incredibly low input lag, its fast response time makes fast-moving scenes look crisp, and its excellent contrast ratio makes it a good choice for dark room gaming,” the site said. The review was not, however, based on usage with the PS5, which is not yet available.

The designation, unlike some others, is called a “tagline,” and is administered by Sony itself, rather than by any independent governing body. Netflix also has a “recommended TVs” designation, which (as of May) included several Sony TVs, including the X800H, X80CH, A8H, A9S, X950H, and Z8H.

The PlayStation 5, when it was unveiled in June, became the subject of jokes from some who thought it looked like a cable router.