Why Does Playstation 5 Look Like an Old Cable Router from 2003? 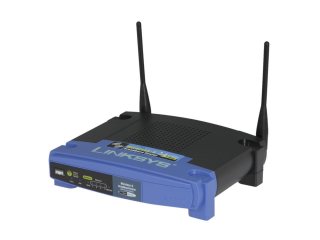 Sony, on Thursday, finally unveiled the PlayStation 5 gaming console, which will arrive on the market later this year, in time for the holiday season. The PS5 was unveiled during a live-streamed event, which the company said reached "millions" of fans.

The PS5 will arrive in two editions, one with an Ultra HD Blu-ray disc drive and another "digital" one with no drive at all. The company also announced several games, including a new Spider-man title. Sony had unveiled the new DualSense controller in April.

"With PlayStation 5, we are making a significant leap to deliver a truly new generation of transformative play experiences that will redefine expectations for what games can be,"  Jim Ryan, President and CEO of Sony Interactive Entertainment, said as part of the announcement.

"Worlds will be richer and more beautiful, they'll captivate your senses in ways you didn't think possible, and you'll be able to experience them much more seamlessly, with lightning fast loading. Today's showcase is just a glimpse of what's to come in the next generation, and we want to thank our community for taking this journey to PS5's launch with us."

The PS5 also has a new form factor, which Sony referred to as a "bold, two-tone design marking a radical departure from previous PlayStation consoles."

But when some gaming fans got a look at the PS5 design, they saw something else: A router.

"The PS5 is just a router," one Twitter user said, posting a picture next to an actual router.

"PS5 deadass a router," another said.

"PS5 looks straight up like the default-free router you get from your ISP in 2003," said a third.

The sentiment was strong enough to get the word "router" trending on Twitter for a time on Thursday.

According to CNET, other social media users compared the new console to the eye of Sauron from "Lord of the Rings," a "reverse Oreo," and the "Yu-Gi-Oh" character Seto Kaiba. Another user likened it, when placed on its side, to "a new expensive campus performing arts center that replaced three academic arts departments and cost $60 million dollars."

Whatever it looks like, Sony did not announce pricing for the PS5, which is expected to arrive in time for the holiday shopping season. The company has warned that the new console "won't come cheap."