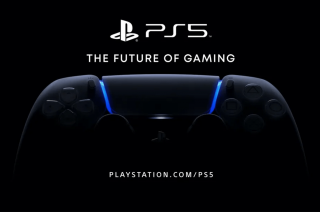 Sony’s long-awaited PlayStation 5 will likely be on the pricier side, according to PlayStation CEO Jim Ryan.

Even with the ongoing coronavirus pandemic still affecting many parts of the world, Ryan told GamesIndustry.biz that he foresees that the PS5 will sell very well.

“I think the best way that we can address this (economic challenge) is by providing the best possible value proposition that we can,” Ryan said. “I don't necessarily mean (the) lowest price. Recent history has told us that gaming is one of the pastimes, and one of the businesses, that benefits in economically difficult times.”

The highly anticipated gaming console is slated to launch seven years after its predecessor, the PS4. Sony has already revealed the new console’s specs and controller, and planned to host an online event on June 4 to give more information about its game offerings. However, that event has now been postponed out of respect to the national mood during the protests around George Floyd's death.

“We’ve shared technical specifications and shown you the new DualSense wireless controller,” Sony’s blog post reads. “But what is a launch without games? That’s why I’m excited to share that we will soon give you a first look at the games you’ll be playing after PlayStation 5 launches this holiday.”

Rumors circulating on the web have pointed to a PS5 price point that is between $450 and $500. There has also been speculation that Microsoft is withholding its price of the Xbox Series X until Sony does so first. It’s believed that Microsoft’s console will be about $100 cheaper than the PS5.

Ryan added that much of the PS5’s appeal will come from its strong lineup of exclusive games.

“Value is a combination of many things,” he said. “In our area it means games, it means number of games, depth of games, breadth of games, quality of games, price of games … all of these things and how they avail themselves of the feature set of the platform.”

Sony was able to garner 2.7 million PS Plus users in the past quarter. This $60-per-year subscription service enables gamers to play online. In addition, 66% of overall game sales during the quarter came via digital downloads, which was markedly higher than the 45% registered in the same period last year.