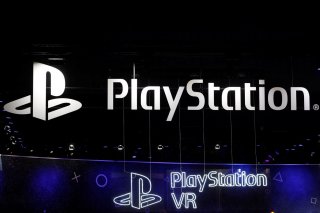 Despite unforeseen challenges presented by the COVID-19 pandemic, Sony has announced that its flagship PlayStation 5 gaming console is still on track to be released in time for the holiday season.

The Japanese electronics company made the announcement as part of its fiscal 2019 earnings release, in which it reported a 14-percent drop in gaming revenue year-on-year.

The highly anticipated gaming console is slated to launch seven years after its predecessor, the PS4. Sony has already revealed the new console’s specs and controller but hasn’t offered any hints of the design or next-gen games.

“Regarding the launch of PlayStation 5, although factors such as employees working from home and restrictions on international travel have presented some challenges in regards to part of the testing process and the qualification of production lines, development is progressing with the launch of the console scheduled for the 2020 holiday season,” Sony said in the report.

“At this point in time major problems have not arisen in the game software development pipeline for Sony’s own first-party studios or its partners’ studios.”

Microsoft has confirmed that its competing Xbox Series X console is also primed for a holiday launch, although the company’s executive vice president of gaming and head of Xbox Phil Spencer cautioned that software development could still be disrupted.

Sony reported a 57% drop in overall operating profit to $330.7 million, but the operating profit in its gaming unit fell less than anticipated. With a number of countries introducing shelter-in-place directives the past couple of months, people have been spending more time at home, which gave a financial boost to Sony’s gaming business.

The company was able to garner 2.7 million PS Plus users in the past quarter. This $60-per-year subscription service enables gamers to play online. In addition, 66% of overall game sales during the quarter came via digital downloads, which was markedly higher than the 45% registered in the same period last year.

Despite these positive numbers, Sony declined to give an outlook for the current fiscal year.

“Uncertainties caused by the spread of COVID-19 have hindered Sony’s ability to reasonably forecast its future earnings,” the company said.