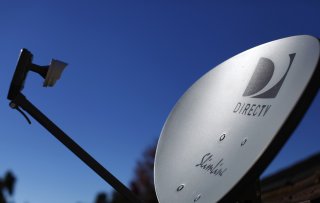 Cord-cutting, as many predicted, has escalated during the coronavirus shutdowns. With businesses closed, many of them have suspended or terminated service, while at-home customers are cutting back on spending and discovering the virtues of streaming. Plus, one of the major things keeping a lot of customers from cutting the cord, sports, is currently not happening and are likely to return soon.

Adding those together, the company lost over a million video subscribers in the quarter.

While the subscriber losses have certainly escalated since the start of the pandemic, those numbers had been declining already.

Stephenson also announced that he will retire July 1, with John Stankey stepping in as new CEO.

The company also said on the earnings call that they "anticipate increases in premium TV subscriber cord-cutting as well as lower revenues from commercial locations such as hotels, bars, and restaurants."

AT&T is preparing to launch HBO Max, its entry in the streaming wars, on May 27. The company has offered HBO Max free at no extra charge for subscribers of AT&T Unlimited Elite (wireless), Internet 1000, AT&T TV Premier, AT&T TV Now Max, DirecTV Premiere, U-verse U400 and U450, and those who currently have HBO through AT&T.

"We’re able to continue investing in critical growth areas like 5G, broadband and HBO Max, while maintaining our dividend commitment and paying down debt," Stephenson said on the call.

Stephen Silver, a technology writer for the National Interest, is a journalist, essayist, and film critic, who is also a contributor to Philly Voice, Philadelphia Weekly, the Jewish Telegraphic Agency, Living Life Fearless, Backstage magazine, Broad Street Review and Splice Today. The co-founder of the Philadelphia Film Critics Circle, Stephen lives in suburban Philadelphia with his wife and two sons.