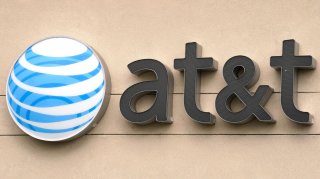 AT&T said this week that it has rolled out its low-band 5G network to twenty-eight new markets. The rollout brings the total amount of markets covered by AT&T to 355, serving 179 million people. The new markets are in fourteen states, plus Puerto Rico.

The new markets, per The Verge, include Austin, Miami, Dallas, and Salt Lake City. The report added that the rollout is of AT&T’s “low-band” 5G network, which is not to be confused with AT&T’s much faster 5G+. The company said that 5G+ is currently available in “parts of 35 cities.”

The company had announced two weeks earlier that it was rolling out in 137 new markets, including Atlanta, Nashville and Tallahassee.

AT&T has rolled out, in some parts of those markets, enabled dynamic spectrum sharing (DSS) which, the company said, “allows carriers to share the same channel between both 4G and 5G users simultaneously, based on demand, creating a seamless experience for customers.” DSS was launched earlier this month, and Verizon has been testing similar technology.

“DSS is an important steppingstone on our path to nationwide 5G,” Igal Elbaz, SVP of wireless and access technology, said as part of the announcement. “We were the first U.S. carrier to deploy this technology in our network, and it’s now playing an important role as we work toward a nationwide 5G footprint this summer.”

While some 5G smartphones have begun to roll out in the United States, the technology remains in its early stages. However, Apple is expected to debut the first 5G-capable iPhones later this year.

Meanwhile, the rollout of 5G has led to protests, and even destruction of 5G infrastructure in Europe and Canada, by those who believe in the baseless conspiracy theory that 5G has played a part in the spread of coronavirus. Such protests, however, have not been reported in the United States. Twitter has even added fact-check labels to tweets making such claims.